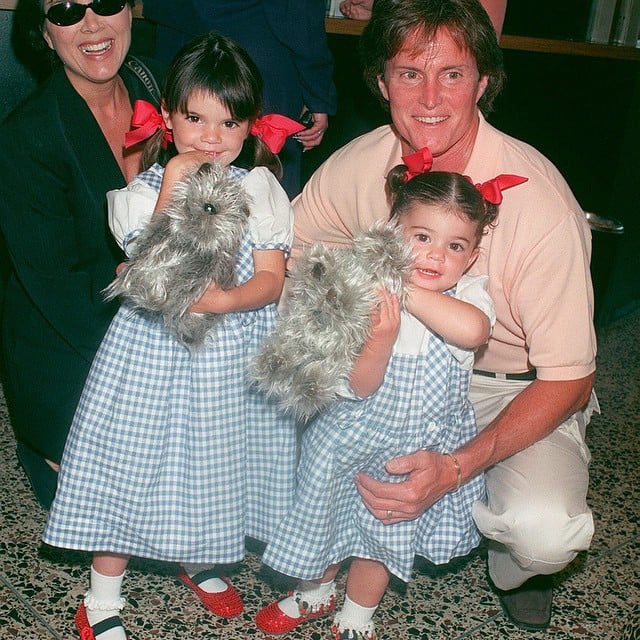 Kendall and Kylie Jenner, along with their half sister Khloé Kardashian, paid tribute to Caitlyn Jenner on Sunday for Father's Day. The three stars took to Instagram to share heartfelt messages about Caitlyn, who recently transitioned into a woman. Kendall called Caitlyn her "hero," and Kylie called her "my little light of sunshine." Khloé expressed her gratitude at having two father figures while growing up by sharing a snap of Caitlyn, before her transition, sitting with her late father Robert Kardashian.

The sweet messages come less than a month after Caitlyn made her gorgeous debut on the July cover of Vanity Fair. Since then, she's been busy adjusting to her new life. In June alone, she celebrated her transition with her plastic surgeon, went on her first public outing at LA's LGBT Youth Centre, and has been busy filming her upcoming E! docuseries, I Am Cait.