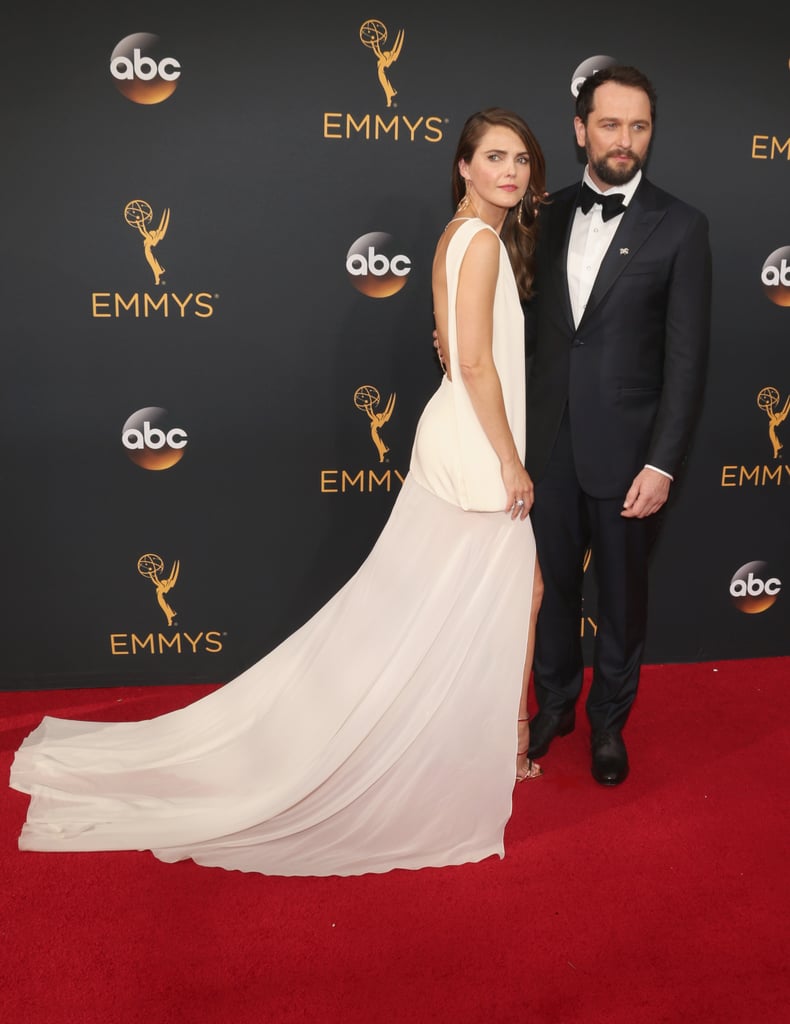 There were plenty of gorgeous couples at Sunday night's Emmys, but perhaps the cutest one was Keri Russell and Matthew Rhys. The duo, who has been going strong since 2014, stunned as they made their way down the red carpet and posed for photos together. Both stars are nominated for awards this year; Keri is up for outstanding lead actress in a drama series for her role on The Americans, while her costar boyfriend also scored a nod for outstanding lead actor in a drama series. Just last night, the couple celebrated their nominations at a star-studded pre-Emmys bash.