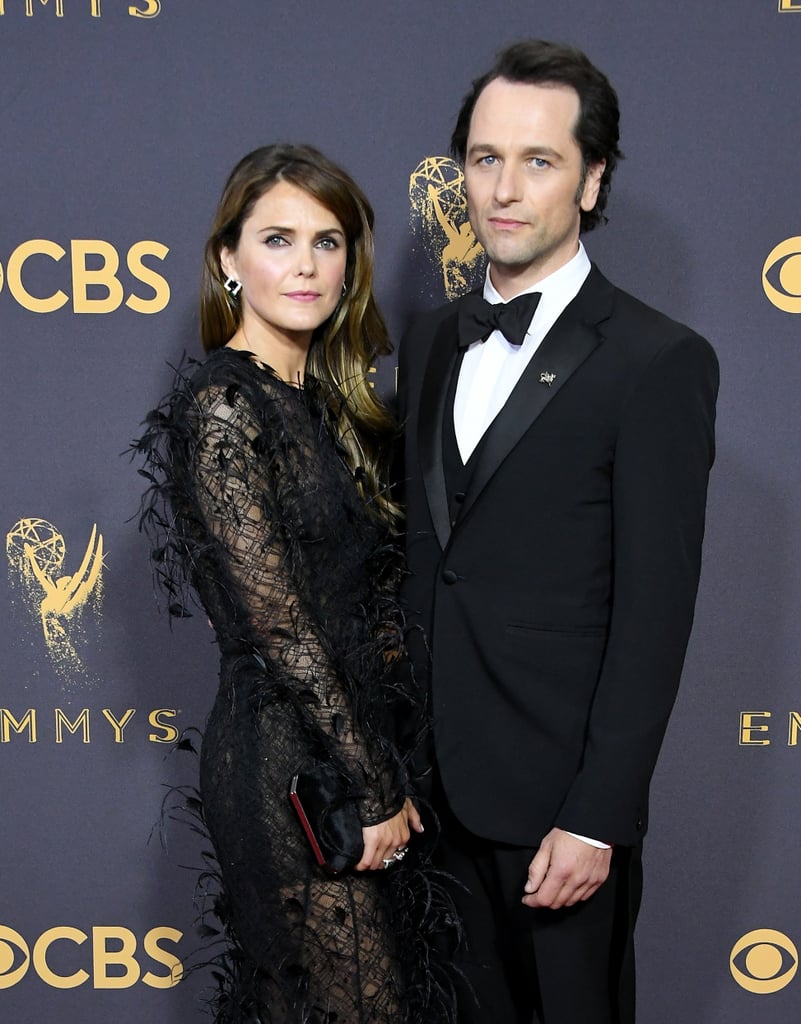 Keri Russell and Matthew Rhys made a fierce duo when they arrived for their big night at the Emmys on Sunday. The couple, who has been going strong since 2013, struck a handful of serious poses on the red carpet before heading inside. Matthew and Keri are both up for awards tonight for their respective roles in The Americans — Keri is nominated for outstanding lead actress in a drama series, while Matthew received a nod for outstanding lead actor in a drama series.

The show itself is also nominated for outstanding writing for a drama series, and regardless of whether it wins or not, it's bittersweet, as The Americans only has a few precious episodes left before it ends for good. The Americans is set to return for its sixth season in early 2018, but until then, take a look at Keri and Matthew's night out at the Emmys.