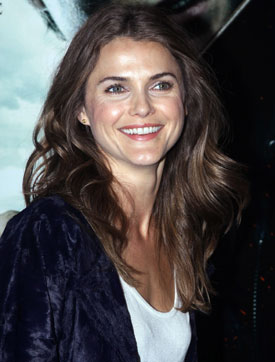 Keri Russell is pregnant again! Keri's rep confirmed to PopSugar that she and her husband Shane Deary are expecting their second child. Keri and Shane's first son, River, was born in 2007 and just turned four in June. It's a big week for Keri, since it was also announced that she will be starring in a new romantic comedy, Austenland, produced by Twilight's Stephenie Meyer.

Keri Russell, Shane, and River make a picture perfect trio out and about near their Brooklyn home and it will be exciting to see their family expand. Congrats to the adorable and growing Russell-Deary family!

Celebrity Kids
Jason Derulo and Jena Frumes Are Parents! See the First Photos of Their Baby Boy
by Karenna Meredith 4 weeks ago