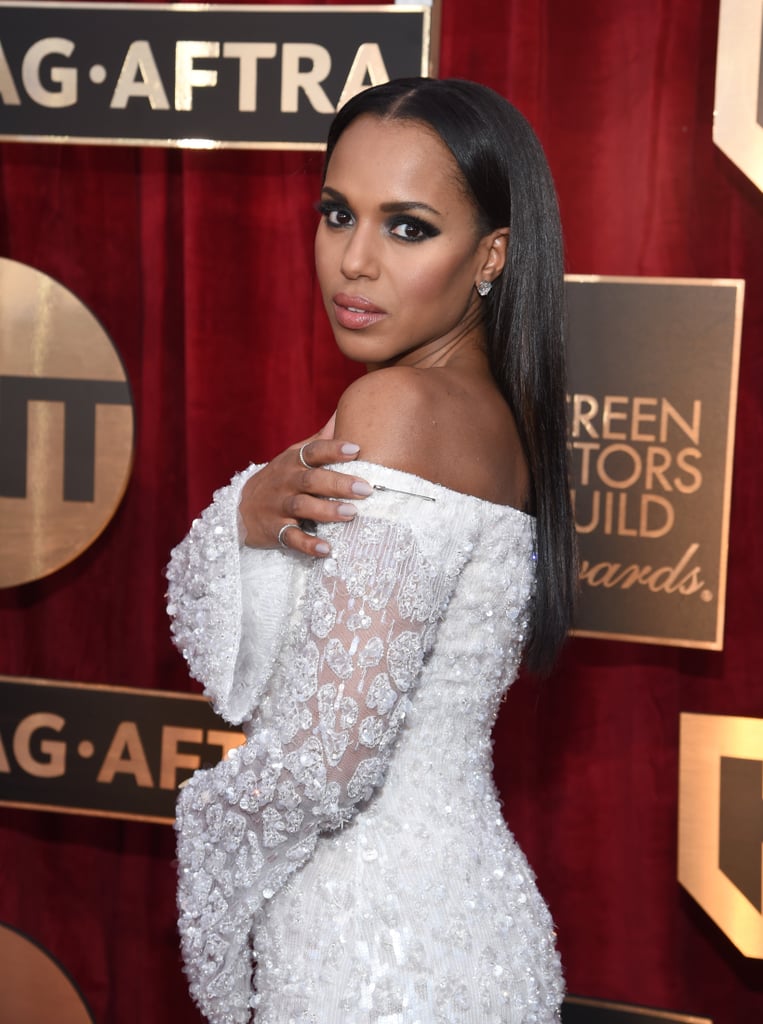 Kerry Washington attended the SAG Awards in LA on Sunday night, but her heart was with the many people affected by President Donald Trump's Muslim ban. While on her way to the red carpet, Kerry shared an Instagram snap of a safety pin in her hand. "I'll be wearing one of these tonight. On my arm. To show solidarity," she wrote, adding, "We will not stop fighting for our safety & the safety of our fellow citizens and human beings. #NoBanNoWall#safetypin." Kerry showed up at the award ceremony soon after and looked stunning in a white beaded Roberto Cavalli Couture gown — with the safety pin proudly fixed on her left arm.

In the wake of the election in November, many people began wearing safety pins to symbolise solidarity in response to the growing number of hate crimes and discrimination against immigrants, people of colour, and Muslims. The movement originally began in the UK after similar incidents occurred following Brexit and sends a message to those who may feel afraid that the wearer is an ally, stands with them, and will help them feel safe.

Fashion Collections
Exclusive: Here's the Underwear You're About to See on Rihanna's Savage x Fenty Runway
by Sarah Wasilak 2 hours ago

Celebrity Style
Dua Lipa Just Wore Trousers With a Front Cutout, and the Trend Has Officially Gone Too Far
by Yerin Kim 11 hours ago

Netflix
If You're Not Following the Cast of Sex Education on Instagram, Then What Are You Doing?
by Emily Weaver 21 hours ago