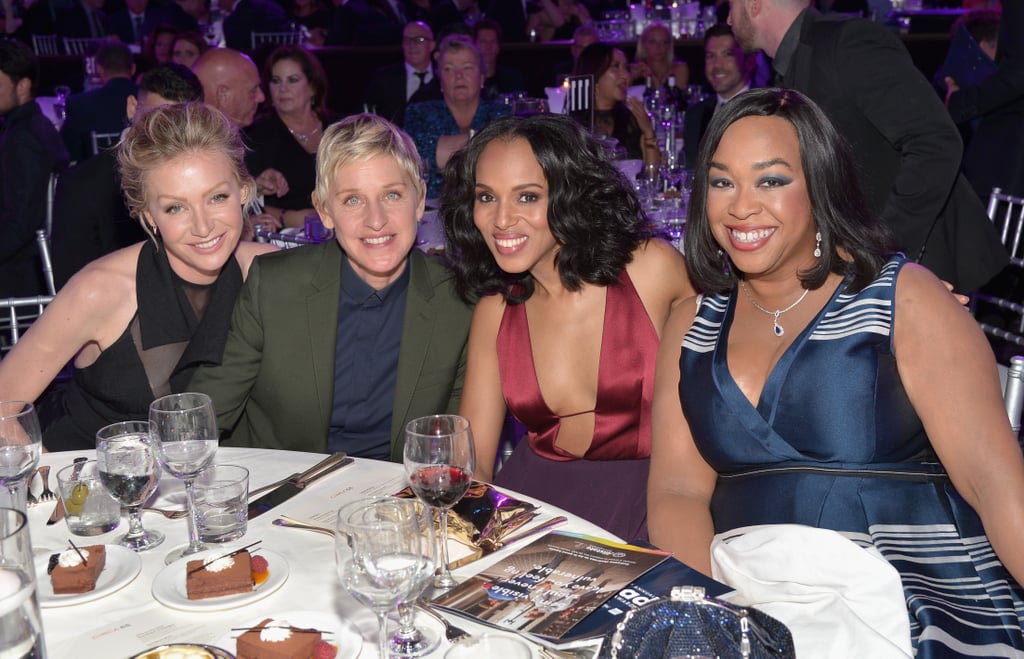 Kerry Washington's Winning Night Will Make You Love Her Even More

Beauty, brains, and talent — Kerry Washington really has it all and then some. On Saturday, the actress had a winning night at the GLAAD Media Awards in LA. After Kerry stunned on the red carpet with Shonda Rhimes — the woman who created Scandal and pretty much succeeds with everything she does — the ladies took their seats in the audience next to cute couple Ellen DeGeneres and Portia de Rossi.

Ellen later had the honour of presenting Kerry with the vanguard award, which GLAAD gives to "media professionals who have made a significant difference in promoting LGBT equality and acceptance." Kerry could have given your typical acceptance speech, but as she explained, she opted for an inspiring message "because, on Monday morning, people are going to click a link to hear what that woman from Scandal said at that award show." In the moments that followed, Kerry received several rounds of applause when she touched on LGBT issues, racism, and gender equality in America.

Kerry wasn't the only person at the show who grabbed headlines over the weekend, as Zoe Saldana made controversial comments about the Dolce & Gabbana boycott. Keep reading to see pictures of Kerry's winning night and watch her rousing speech, and then check out her incredible evolution over the years.

Celebrity Style
Anne Hathaway, Simone Ashley, and 15 Other Stars Who Pulled Off Barbiecore in Valentino
by Shelcy Joseph 3 weeks ago