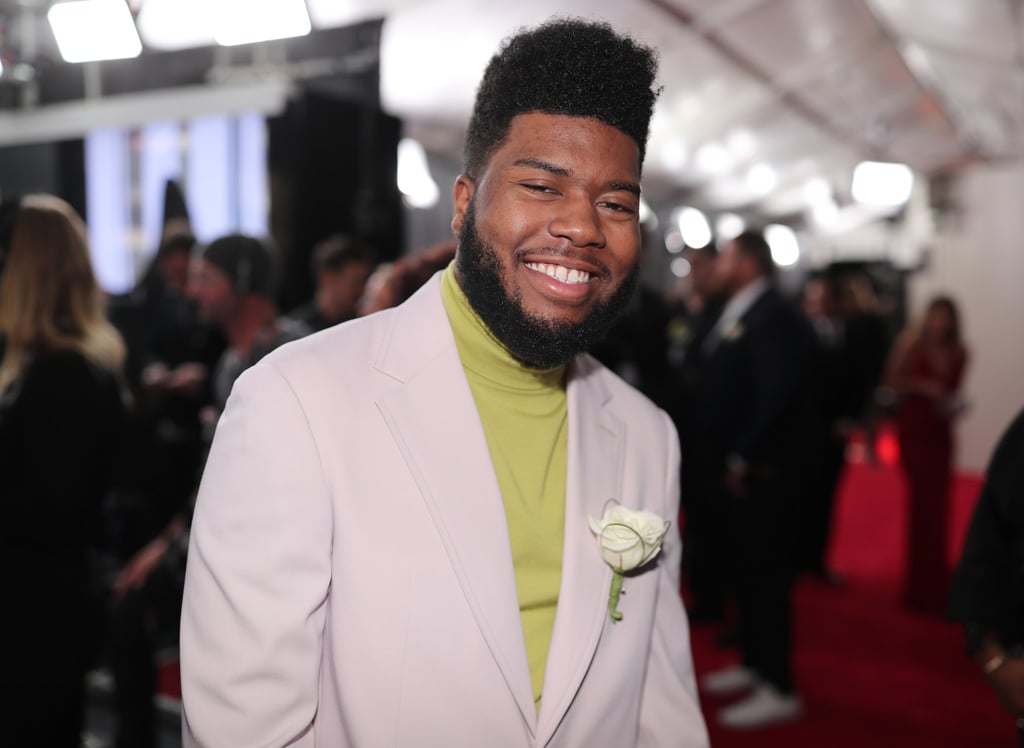 Khalid's debut album, American Teen, was not only one of POPSUGAR's favorites of 2017, but also one of the Recording Academy's. The 19-year-old singer-songwriter picked up five Grammy nominations for his work — including best new artist and best R&B song — and also managed to fulfill a long-held dream by scoring a spot at the 60th annual award show. While we're sure every artist walking the red carpet at the Grammys would say the same, Khalid actually has the tweets to prove it.

Back in January 2014, the future "Young Dumb & Broke" singer tweeted out one of his goals as a musician: "I want to go to the Grammys one day." Almost exactly four years later, Khalid got a chance to cross that hope off of his bucket list. Before his scheduled performance of "1-800-273-8255" alongside Logic and Alessia Cara on Sunday night, Khalid walked the red carpet at the event himself looking sharp as hell in a light suit and green turtleneck. Clearly the moment has been a long time coming, which he actually reflected on back in November when the Grammy nominations were first announced.

If that doesn't inspire you, nothing will. Take a look at more photos of his big night below!