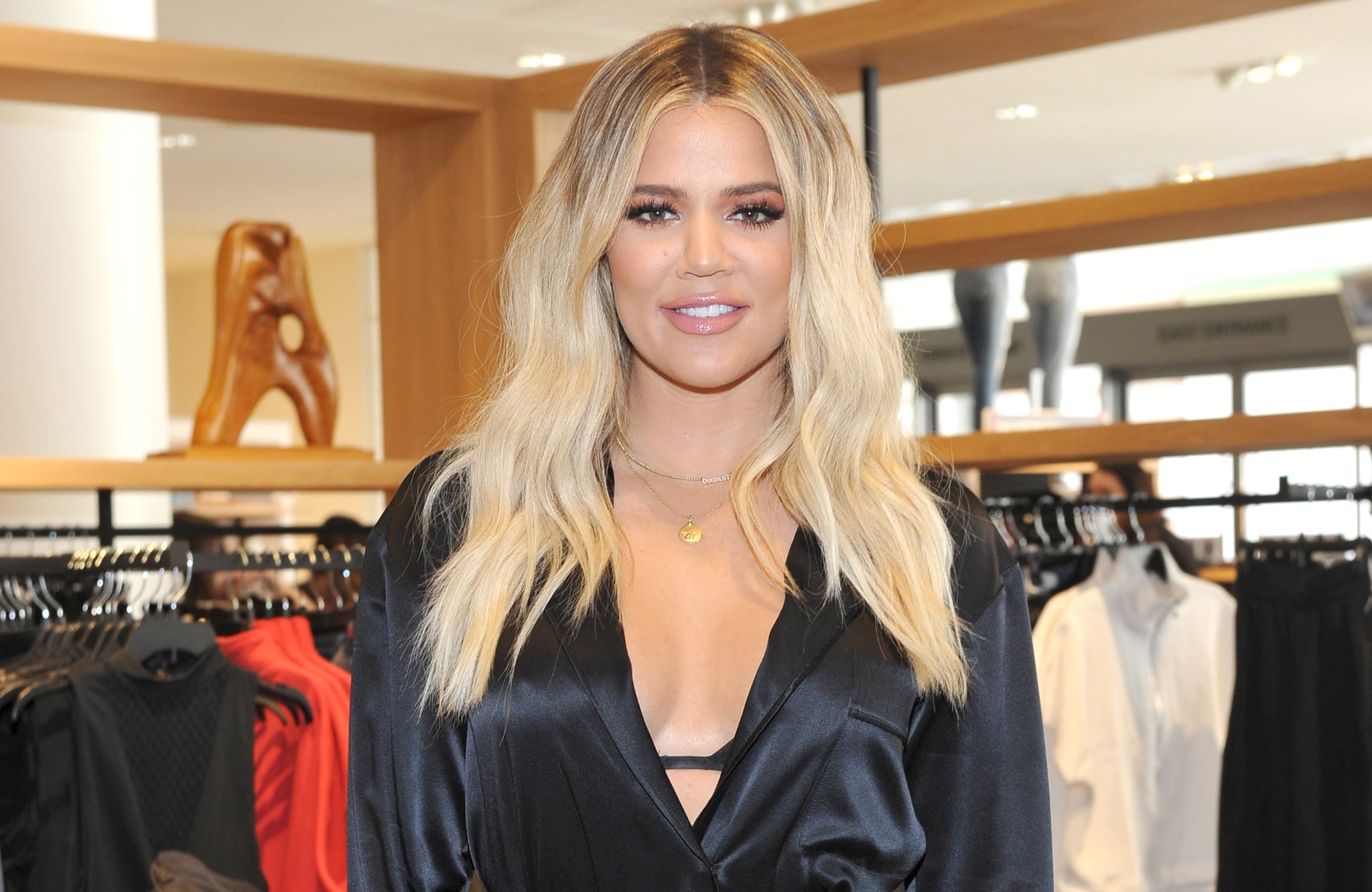 News broke in late September that Khloé Kardashian is reportedly expecting her first child with boyfriend Tristan Thompson. Even though Khloé has yet to officially announce her pregnancy, details have slowly been trickling in. Not only is the reality TV star reportedly about four months along, but according to Us Weekly, Khloé is expecting a baby boy. "She's hungrier than ever," a source told the publication, adding that Khloé's been opting for "smaller meals throughout the day" to stay on track with her diet.

As far as an engagement goes, an insider says "marriage is definitely in the cards" and that the couple is "just waiting for the right time to move forward" because "Khloé doesn't want to rush into anything." Khloé and Tristian first struck up a romance after being set up on a blind date by pal Brandon Jennings in September 2016, and the two have been going strong ever since.