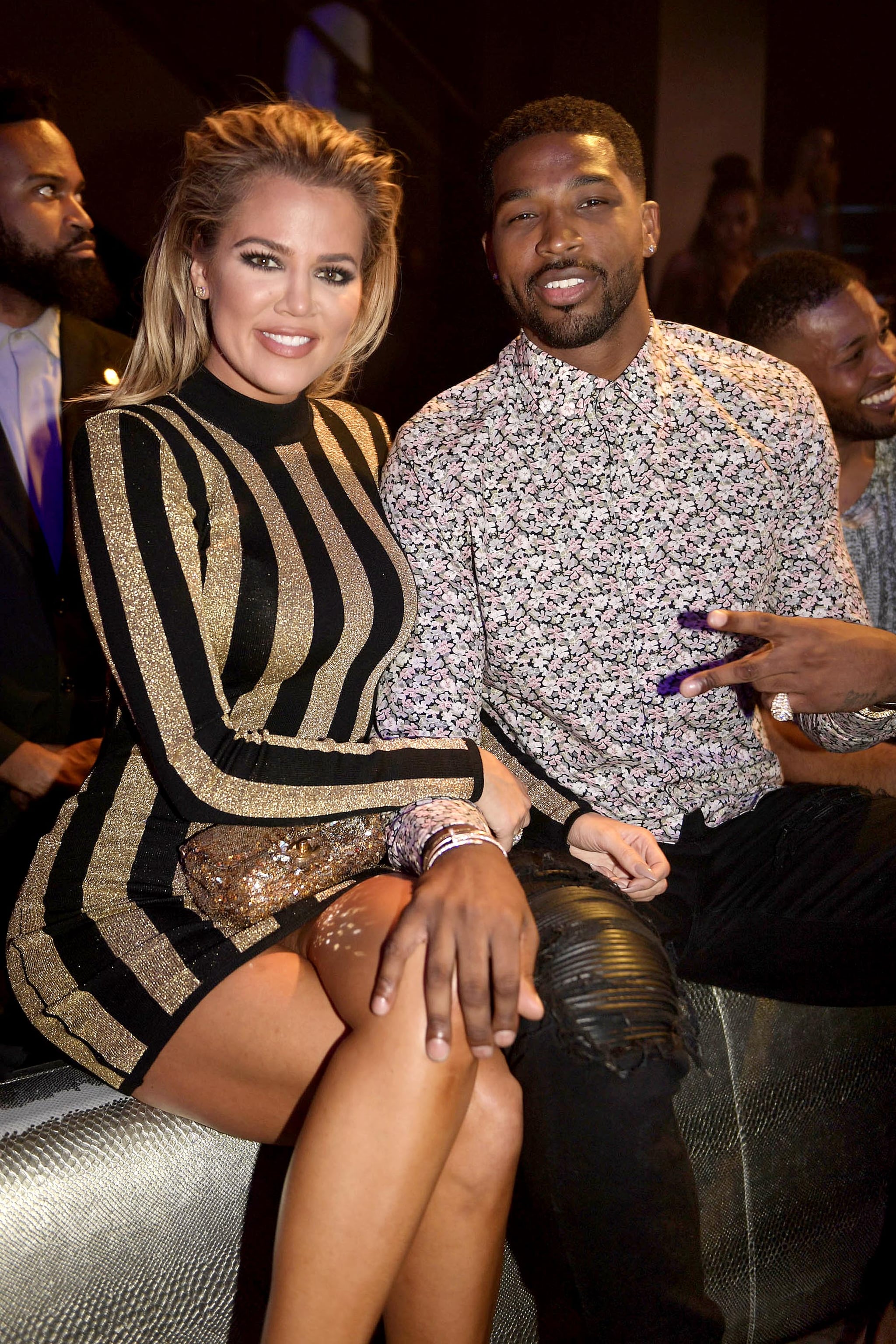 Khloé Kardashian is reportedly pregnant with her first child. Us Weekly revealed on Tuesday that according to "multiple sources," the 33-year-old reality star is expecting a baby with her boyfriend, 26-year-old Cleveland Cavaliers player Tristan Thompson. "Khloé and Tristan are expecting and they are absolutely thrilled," a source told People. "This isn't something they were in a rush to announce to the whole world, and it's only been in just the past week or so that they've felt comfortable telling most of their inner circle. Things were complicated a bit by Kylie's announcement as they don't want to be seen as intruding on that moment for her but it is now reaching a point where Khloé doesn't want to be openly lying to people, and just staying quiet isn't going to work anymore."

"This is something Khloe has wanted for years and years and yet it's more than that," the insider continued. "She didn't want it unless she was in the right relationship for it. She never let it happen with Lamar, intentionally, and she never considered it with James [Harden] or French [Montana] or anyone else she has seen, but this is such a wonderful moment for her. Not only is she going to be a mother, she is going to be raising a child with a man she truly loves. Everyone is over the moon for them both."

Khloé and Tristan met during a blind date and began dating in September 2016. Khloé recently spoke out about her relationship in an interview with You magazine, saying, "I'm in the best relationship I've ever been in and it doesn't take a ring for me to feel that way."

Tristan sent out a cryptic tweet after the news broke:

During another recent interview, Khloé opened up about her desire to start a family with her basketball player beau. "I would love to have a family. We've talked about it," she told ES magazine. "He [already] is a father, and I know for a fact that he would be an impeccable father. I definitely want to be a mum. But I don't put the pressure on it," she confessed. "It's not like, 'The clock is ticking.' I feel in my soul it will happen." Tristan welcomed a son, Prince Oliver, with his ex-girlfriend Jordan Craig back in December.

Just days ago, it was announced that Khloé's younger sister Kylie Jenner is also expecting her first child, a baby girl, with boyfriend Travis Scott. If that wasn't crazy enough, Kim Kardashian and her husband, Kanye West, are welcoming their third child via surrogate early next year. Another source close to the couple told People that Khloé is "approximately four months along," which would have her due date around the same time as Kylie's in February 2018. "Kylie loves how close-knit her family is and is thrilled to bring that to her own family," the source revealed. "She feels more prepared than ever, especially since she will be sharing this journey with Khloé. They are looking at it like a unifying experience for them as sisters."

by Haley Lyndes 2 hours ago