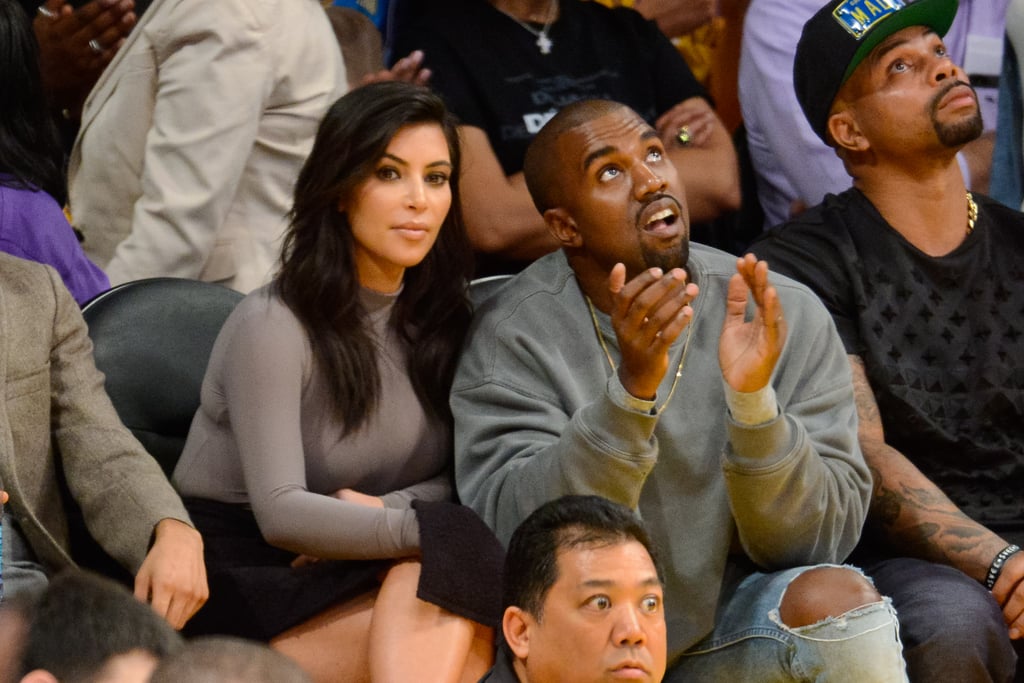 Forget about Paris — Tuesday night's game between the Lakers and the Rockets in LA was clearly the best place for famous lovers. Kim Kardashian and Kanye West were spotted watching the game from their courtside seats, with Kanye keeping his hand on his wife's knee. Meanwhile, newlyweds Adam Levine and Behati Prinsloo couldn't keep their hands off of each other as they took in the game, and Gerard Butler showed PDA with his mysterious new girlfriend. Despite all the celebrity pairs, the game wasn't just for couples. Longtime Lakers fans Will Ferrell and Jack Nicholson were spotted in the stands, with Jack joking around during the match with his son, Ray Nicholson.

Kim's courtside stop comes hot on the heels of a busy week for the reality star. She recently jetted off to San Francisco with Kanye to speak at a tech conference about her gadget habits and the success of her addictive iPhone game. And last week, Kim was on the road again to celebrate her 34th birthday with her family in Las Vegas.