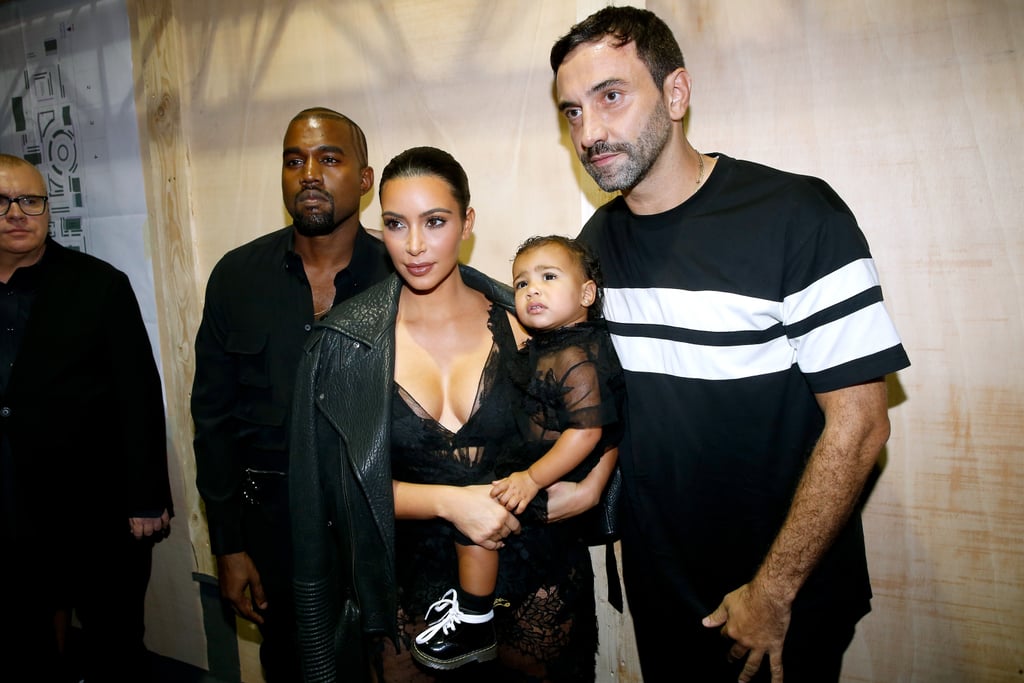 Kim Kardashian and Kanye West brought North West out for another night of fashion on Sunday when the family attended the Givenchy show during Paris Fashion Week. The reality star was dressed in a sheer embroidered Givenchy jumpsuit, which coordinated with her daughter's matching sheer ensemble and black combat boots. Kanye, meanwhile, went for another low-cut black outfit, although this time, he didn't steal the cleavage spotlight from his wife. The group met up inside the show with Kim and Kanye's pal and designer Riccardo Tisci, who patted North on the head while posing for photos backstage. Kim and Kanye's little girl was the center of attention at the show, where she sat in the front row on her mom's lap and next to her grandmother, Kris Jenner.

The Kardashian-West family's biannual trip to the Paris fashion shows took a dramatic turn this week when Kim was attacked by notorious red carpet "reporter" Vitalii Sediuk outside the Balmain presentation on Thursday. The family have reportedly upped their security and — luckily — there were no scary incidents when Kim and Kanye took North to the Givenchy event.