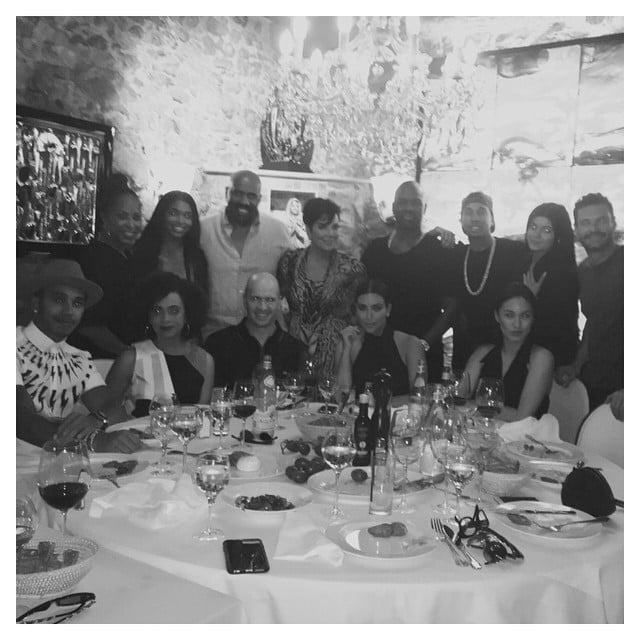 Kim Kardashian is taking her Instagram followers behind the scenes of her trip to Cannes, France. On Tuesday, the reality star grabbed dinner with a large group of friends, as shown in one of her latest Instagram posts. Formula One racer Lewis Hamilton, Ryan Seacrest, and Steve Harvey were all on hand for the picture, which Kim captioned, "Cannes Clique."

The guys joined Kim's mum, Kris Jenner, and sister Kylie Jenner, who were accompanied by their reported dates, Corey Gamble and Tyga, respectively. Lewis has also been linked to one of Kim's family members — in May, Kendall Jenner cheered for Lewis at the Monaco Grand Prix, sparking rumours the two were interested in each other.

Kendall wasn't in the star-studded picture, but the supermodel did partake in the family's Father's Day celebration with Caitlyn Jenner. It was an especially big day for Kim and husband Kanye West, who recently announced they're giving North West a baby brother. Kim touched down in the French Riviera following the celebrations, set to make an appearance at the Cannes Lions festival to discuss her wildly popular video game, Kim Kardashian: Hollywood. Read on to see Kim and Kris's other snaps from the South of France!