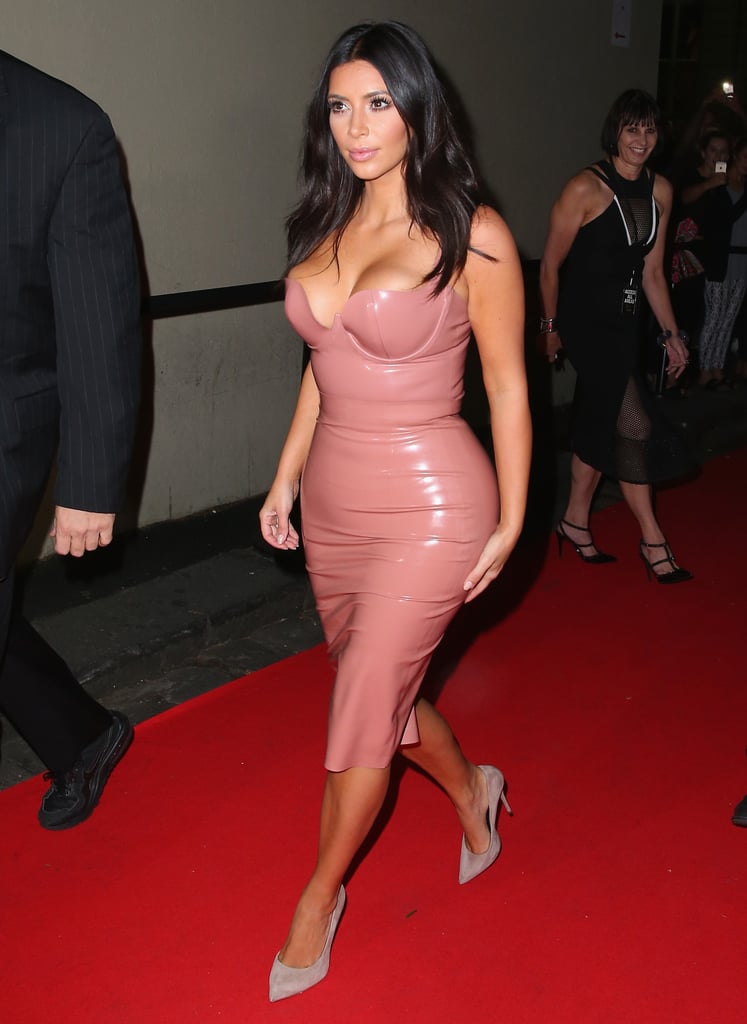 Kim Kardashian's curves are the center of attention, even when she's fully clothed. The reality star traveled Down Under on Tuesday to promote the Australian launch of her new fragrance, Fleur Fatale. She slipped into a pink latex ensemble by Atsuko Kudo, the same designer who created the latex bodysuit that she wore to the GQ Men of the Year Awards in London back in September.

While Kim was in Oz to promote her new perfume, everyone was still talking about her Internet-breaking photo shoot for Paper magazine. She even taught an Australian TV host how to balance a Champagne glass on his butt like she did for the now-infamous spread. When asked about the project, Kim said that she thought of it as "an art project" since the photographer, Jean-Paul Goude, is a world-renowned artist. She added, "I just hope people like the pictures."