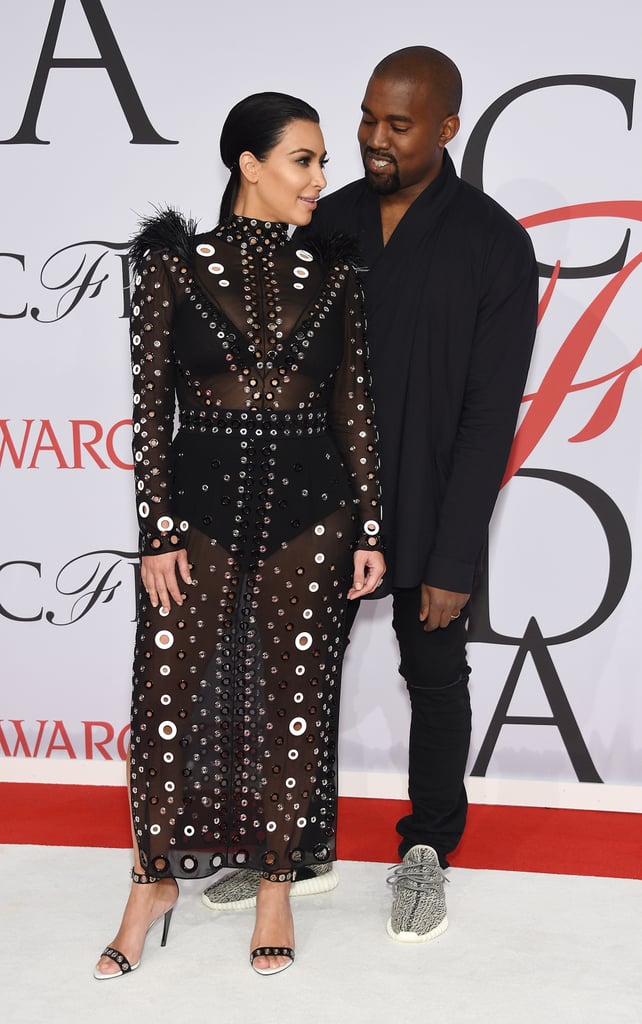 Kim Kardashian Goes Sheer and Sexy After Her Pregnancy Announcement

Kim Kardashian and Kanye West hit the red carpet for the CFDA Awards on Monday, stepping out in style just a day after news of Kim's pregnancy was released. The couple stayed close ahead of the event, with Kim flaunting her figure in a sheer dress and heels. At one point, they posed alongside Pharrell and Helen Lasichanh, with both Kim and Kanye flashing big smiles as the cameras flashed. Kim later took center stage, bringing on the laughs with host James Corden. She also presented Instagram cofounder Kevin Systrom with the media award.

It's been an exciting start to the week for the Kardashian-Jenner family, because along with Kim's pregnancy announcement, they have another reason to celebrate: Caitlyn Jenner made her debut on the cover of Vanity Fair. On Monday, the group showed their support for Caitlyn on social media, and several celebrities followed suit with thoughtful messages on Twitter and Instagram. Keep reading for the best pictures of Kim and Kanye's night out, and then see all the stars at the CFDA Awards!