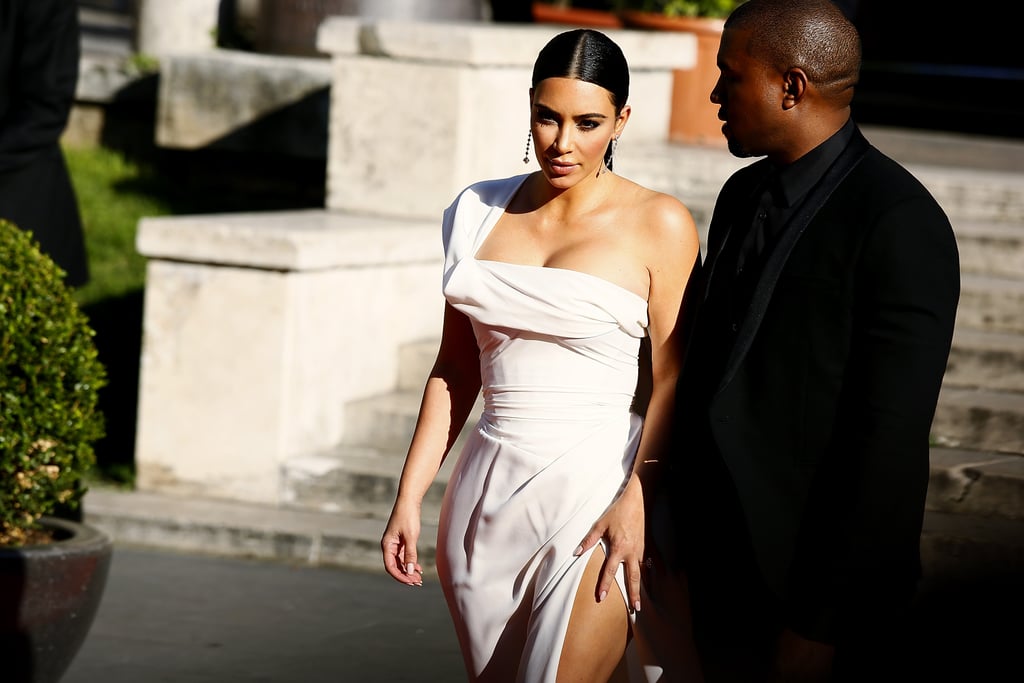 Just days ahead of their second wedding anniversary, Kim Kardashian and Kanye West headed back to Italy for a fashionable red carpet outing. On Sunday, the couple attended the premiere of La Traviata at the Teatro dell'Opera in Rome; Kim wore a stunning white one-shoulder dress, while Kanye kept things cool in all black, reminding us not only of their lavish wedding, but also their infamous Vogue cover. The classic production is headed by fashion designer Valentino Garavani, who has been a close pal of Kim's for years. Also involved in the updated lyrical opera is Sofia Coppola, who acts as director.

Kim and Kanye famously tied the knot at the Forte di Belvedere in Florence, Italy, back in May 2014 and could likely be celebrating their milestone in the romantic countryside this week. Earlier in the weekend, they popped up in London for the Vogue festival, where Kim joined Charlotte Tillbury to discuss the power of makeup. Before that, she linked up with her sister Kendall Jenner at the Cannes Film Festival. Here's hoping that Kim keeps the selfies coming during her overseas excursion.