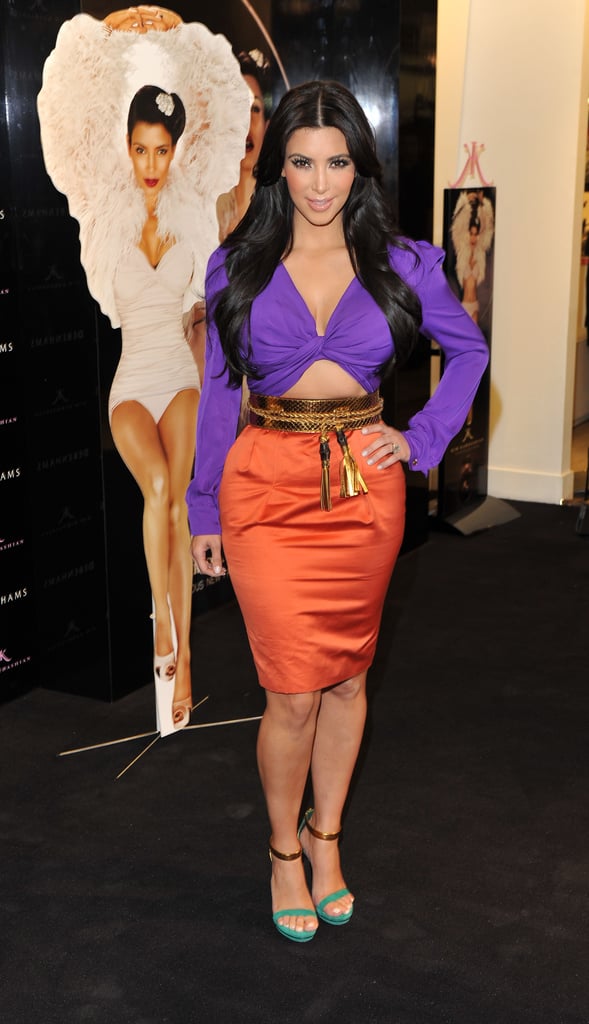 Kim Kardashian wore a colorful and revealing outfit to launch her perfume at Debenhams in London today. It's already been a successful trip to the UK for Kim, who was named Entrepreneur of the Year at Glamour's awards last night. However, she's had to deal with some drama back home while abroad. Star magazine is running a cover story this week that claims she's been cheating on Kris Humphries. Now Kim Kardashian is threatening to sue Star over the story, saying she never even met the guy in question. Instead, Kim and Kris are full steam ahead and planning their Summer wedding. Yesterday she even revealed that she'd like to be pregnant by the end of the year. 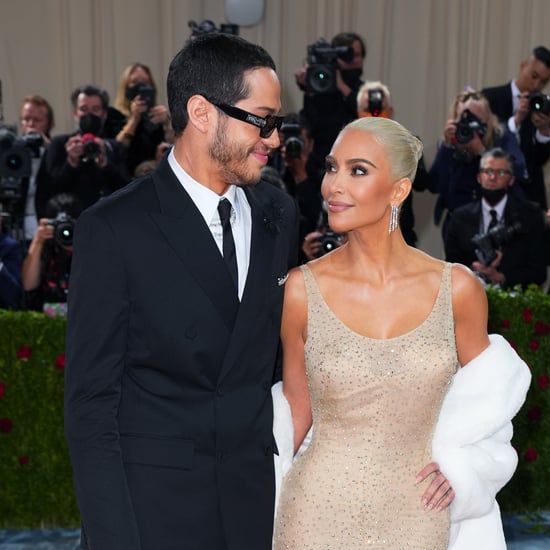 The Kardashians TV Show
Turns Out, Kim Kardashian Made the First Move With Pete Davidson
by Monica Sisavat 3 weeks ago