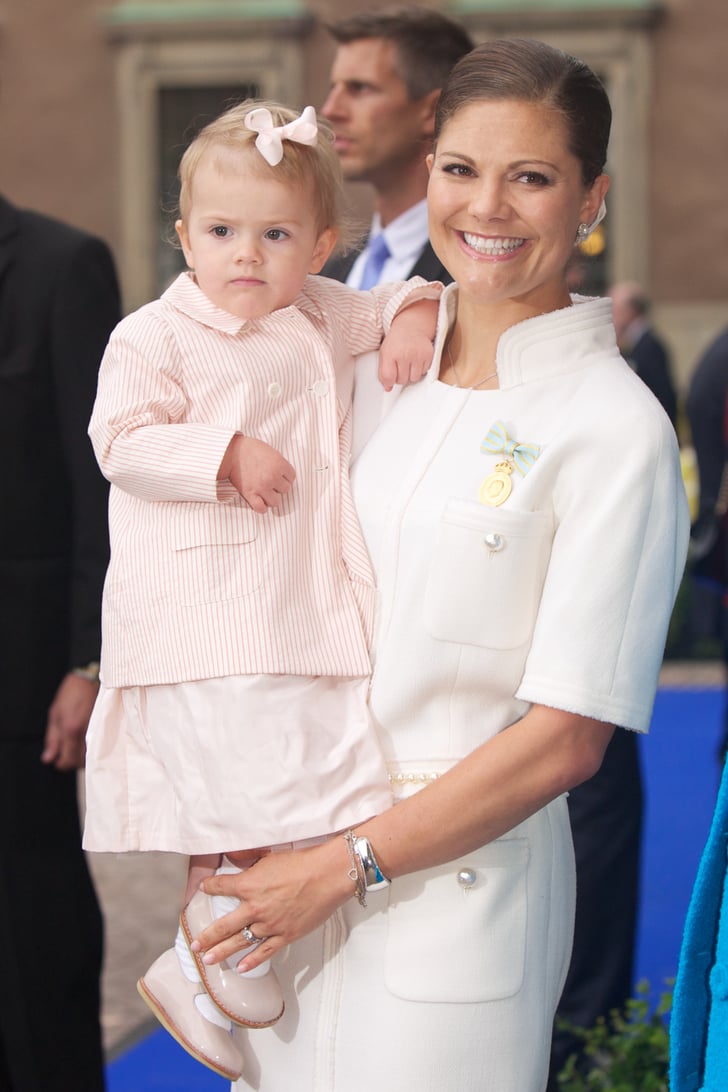 The Swedish royal family gathered at The Royal Palace in Stockholm to celebrate King Carl Gustaf's 40th Jubilee on Sunday, with an adorable appearance from Princess Estelle, the 1-year-old daughter of Crown Princess Victoria and Prince Daniel. Wearing a pink bow in her hair and a striped jacket, little Estelle stayed in Princess Victoria's arms during the festivities, and the sweet mother-daughter duo shared a moment with Prince Daniel.

Soon, she won't be Sweden's only royal baby. Victoria's younger sister, Princess Madeleine, enjoyed a lavish Summer wedding this past June when she married New York banker Christopher O'Neill, and the couple recently announced that they're expecting their first child in March. The newlyweds stepped out for the weekend's festivities along with Crown Princess Victoria and Princess Madeleine's brother — the very handsome Prince Carl Philip, who raised his glass during the celebrations.