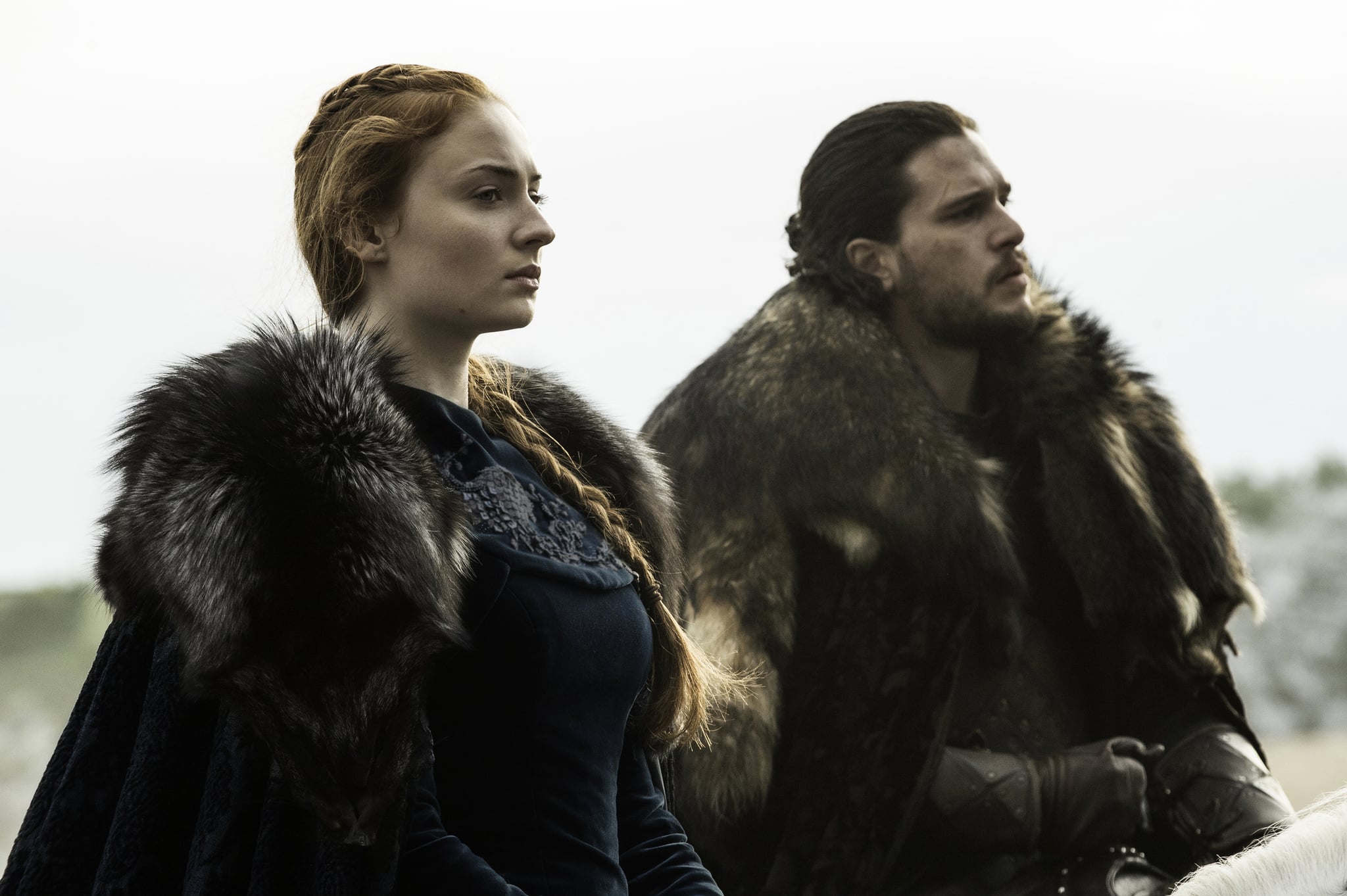 The struggle is going to be very, very real for Sansa and Jon Snow in season seven of Game of Thrones. Although the pair shared a happy reunion last season, it was clear by the finale that tensions between the two were on the rise. After Sansa (Sophie Turner) saved Jon (Kit Harington) and the rest of their army from Ramsay Bolton's forces in the Battle of the Bastards, she icily watched her half-brother be crowned king of the North. It certainly seems like Littlefinger's (Aidan Gillen) poisonous suggestions that she should be queen instead are going to come into play. Will Jon and Sansa's alliance survive?

"There is definite tension between them right from the first scene," Harington recently revealed while sitting down with Entertainment Weekly. "There are the same problems — she questions his decisions and command; he doesn't listen to her. But as far as where that goes or takes them or how dark it can get, we'll see. It gets past sibling squabbling, it gets into two people power struggling." Adding to the possibility of major issues between the Starks is the fact Jon will not be backing down. "It's a nice change for me this season, he talks more, he's more sure of himself," Harington noted. "He doesn't just know what he's got to do but he's more sure of what he's saying — whereas before there was always some fear and doubt. I've gotten to enjoy not just grunting."

Related:
Lena Headey Thinks Cersei Will Keep Her Crown on Game of Thrones

While it seems Sansa's thirst for power might lead her straight into Littlefinger's trap, we're still willing to bet on the theory that the creepy manipulator will die by her hand. Perhaps once she crosses Jon, she'll finally realise just how insidious Littlefinger's effect on her life has been and do us all a favour by getting rid of him for good.