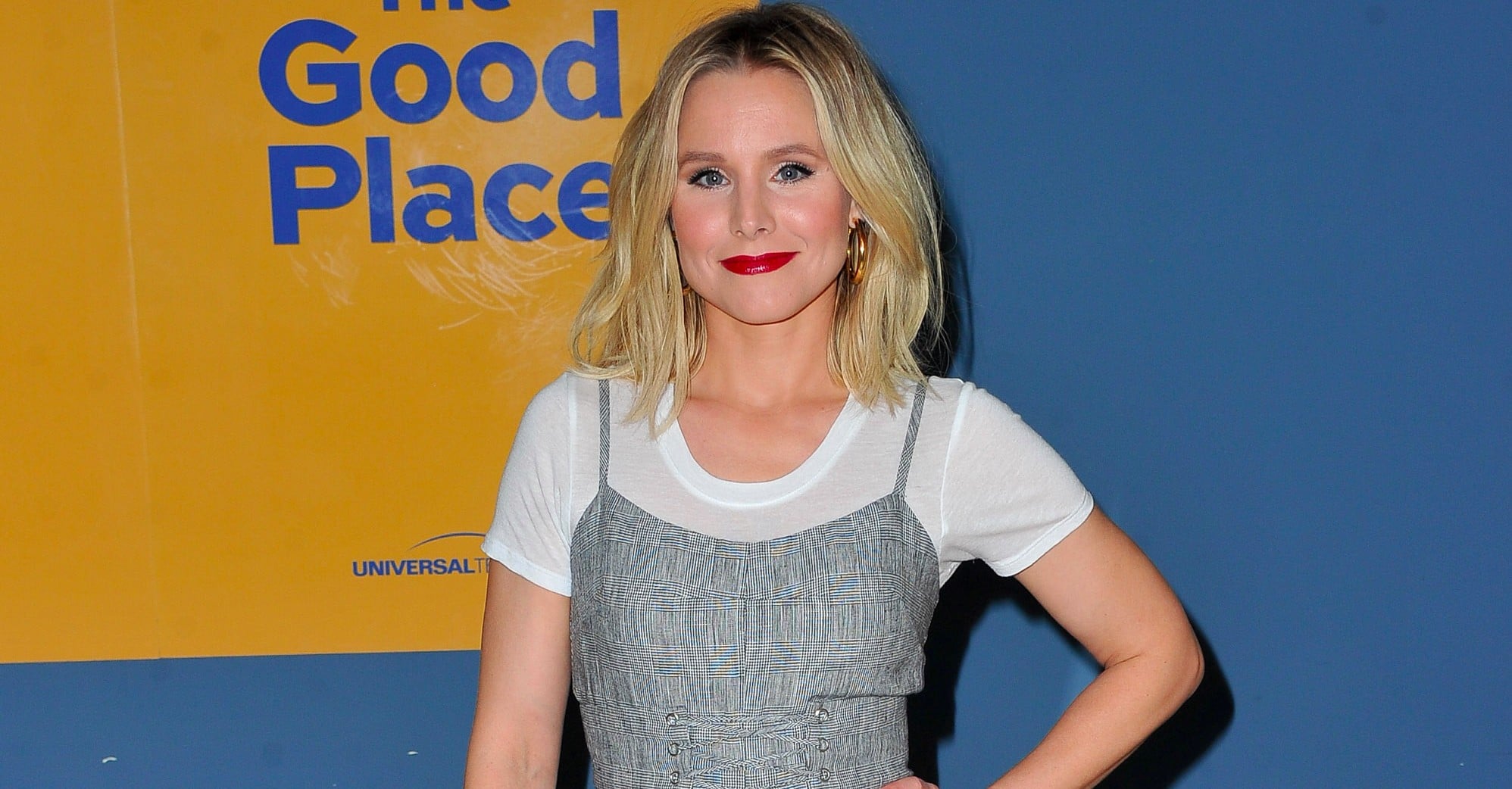 As if saving Josh Gad's parents from Hurricane Irma wasn't enough, Kristen Bell also came to the rescue of actress Jennifer Carpenter's 82-year-old grandmother and aunt, who were both stranded in Tampa, FL, ahead of the storm. "Gma&aunt were ready2 wear helmets N closet under eye of #HurricanIrma til @IMKristenBell found them a way out!!❤️❤️❤️," the actress tweeted, along with a photo of the pair in their helmets. Jennifer told the HuffPost that her two family members were planning to wait out the storm in a "closet with a blanket and a couple of pillows" before she saw what Kristen did for her Frozen costar and decided to reach out.

"I decided to reach out . . . and told her what we were up against. I wanted to see if they could sleep in the lobby of her hotel. Or in the hallway. Anything!" she told the publication. Within moments, Kristen, who was unable to evacuate the Sunshine State while filming for a new movie — Like Father — in Orlando, responded to Jennifer's plea. Kristen told her that her coworkers were more than willing to share a room with her grandmother and aunt so they would have a safer place to brace for the hurricane instead of inside of a tiny closet.

"I know that's the reality for a lot of people right now. I also know that if Kristen could get all of them a room in a safer place, she would do it," Carpenter said. "She's like a battery that never loses her charge for the good fight. She deserves a lot of credit for what she does publicly and privately."

Kristen has remained positive throughout the whole ordeal, even sharing an adorable photo of herself entertaining people during the hurricane with a musical performance. "When youre #singinginahurricane, your volunteer back up dancers can & will steal the show. Richard and Rebecca everyone! #hurricaneirma," she wrote on Instagram. See it ahead.