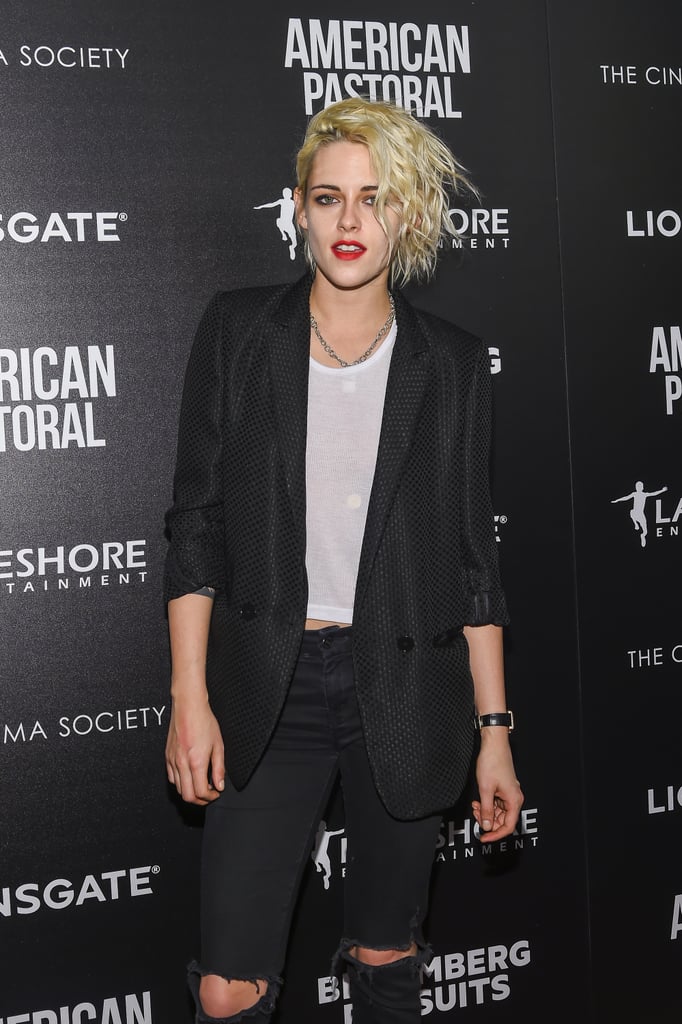 Kristen Stewart is on a roll! After taking the New York Film Festival by storm, the actress attended the NYC screening of American Pastoral on Wednesday evening. Clad in black ripped jeans and a blazer, Kristen was her usual cool self as she posed for photos on the red carpet. Her latest appearance comes just a few days after she seemingly confirmed her romance with Cara Delevingne's ex-girlfriend, St. Vincent. Over the weekend, the two were spotted holding hands while walking around the Big Apple. While Kristen has yet to publicly address the recent speculation about her relationship with the singer, a source close to the pair told Us Weekly, "It's been very romantic."