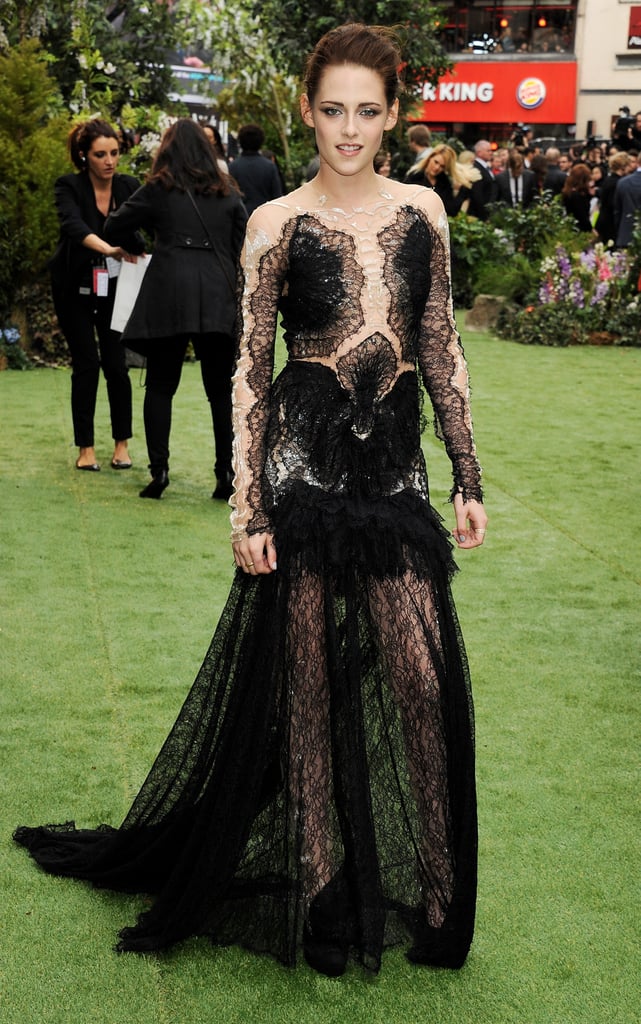 Kristen Stewart looked gorgeous at the UK premiere of Snow White and the Huntsman held at London's Empire Leicester Square today. She glowed in a black lace Marchesa gown while her costar Charlize Theron stunned in Christian Dior. Kristen spent the weekend outside of London doing press for SWATH and even sat down with our I'm a Huge Fan winner for a chat.

Kristen broke from her movie duties to celebrate boyfriend Robert Pattinson's birthday yesterday. He continued the fun with a bash at Claridge's hotel last night, which included appearances from pals Kristen Stewart and Hugh Jackman.