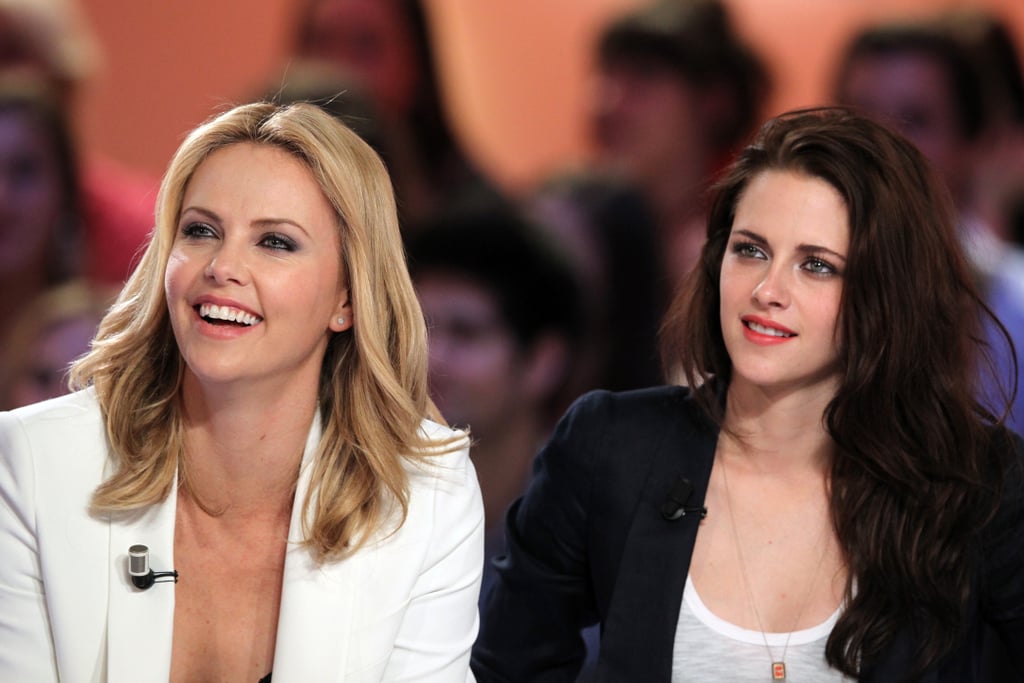 Kristen Stewart and Charlize Theron sat side by side for an interview about Snow White and the Huntsman on the French show Le Grand Journal Wednesday. Charlize shared that she thinks the movie isn't just an action adventure, but that it really "speaks to women." The costars have since taken their press tour to London, where Kristen chatted with Graham Norton yesterday. Kristen and Charlize will continue promotions this weekend and hit the red carpet in the UK on Monday for the premiere.

Charlize brought her son Jackson along for the travels and the duo were seen boarding a private plane out of Paris yesterday. Kristen apparently got confused and hopped on Charlize's jet instead of her own, and later returned to the tarmac to embark on her assigned aircraft.