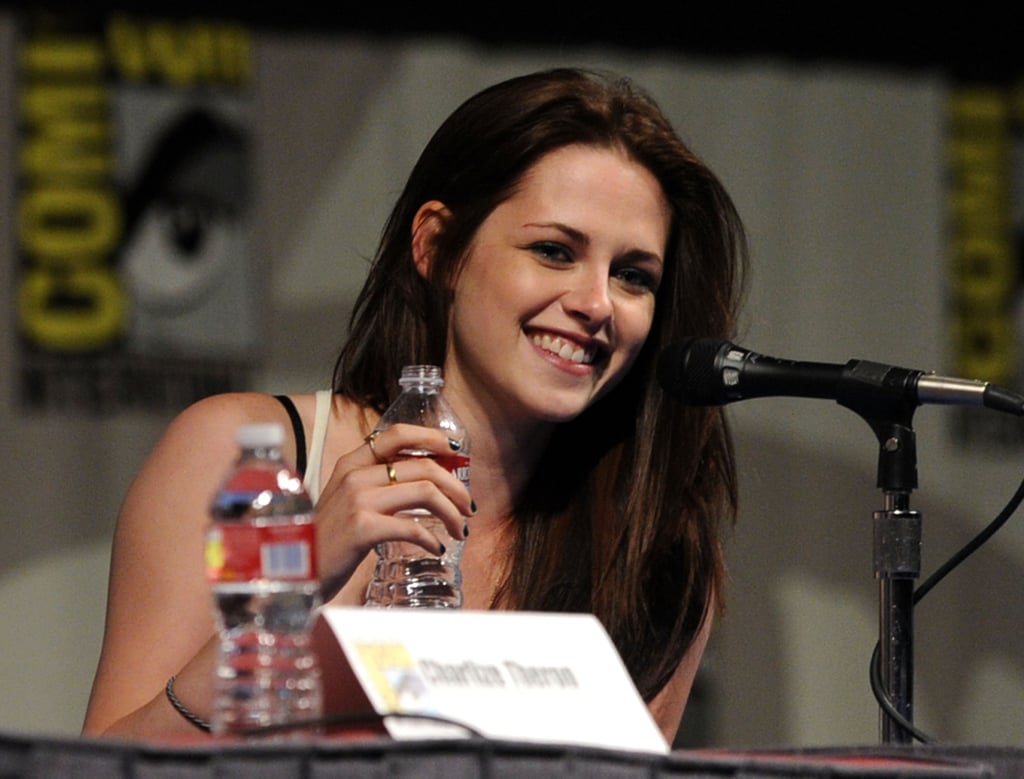 Kristen Stewart was back at Comic-Con in San Diego today sitting on her second discussion panel of the week. On Thursday she joined Robert Pattinson, Taylor Lautner, and the Breaking Dawn Part I cast to share new details about the highly anticipated wedding and honeymoon scenes, as well as what it was like giving birth to a vampire baby. Today, however, Kristen was excited to talk about a new project, Snow White and the Huntsman. She was joined by costars Charlize Theron, Chris Hemsworth, Sam Claflin, and director Rupert Sanders, who surprised the crowd by debuting the first images of Kristen and the rest of the cast in their Snow White and the Huntsman costumes. Kristen, who plays Snow White, wields a shield and full suit of armor in the promotional photos opposite Charlize, who poses as the Wicked Queen in a dark and haunting portrait. Chris is back in full battle gear for his role as the Huntsman, though this time he's been given an ax as protection instead of the mighty hammer he carried in Thor. During today's panel Charlize jokingly challenged Kristen to a fight, saying, "I'm ready for it, b*tch, let's go." Kristen in turn said she's eager to work with "really cool weapons" in addition to doing "sword stuff."