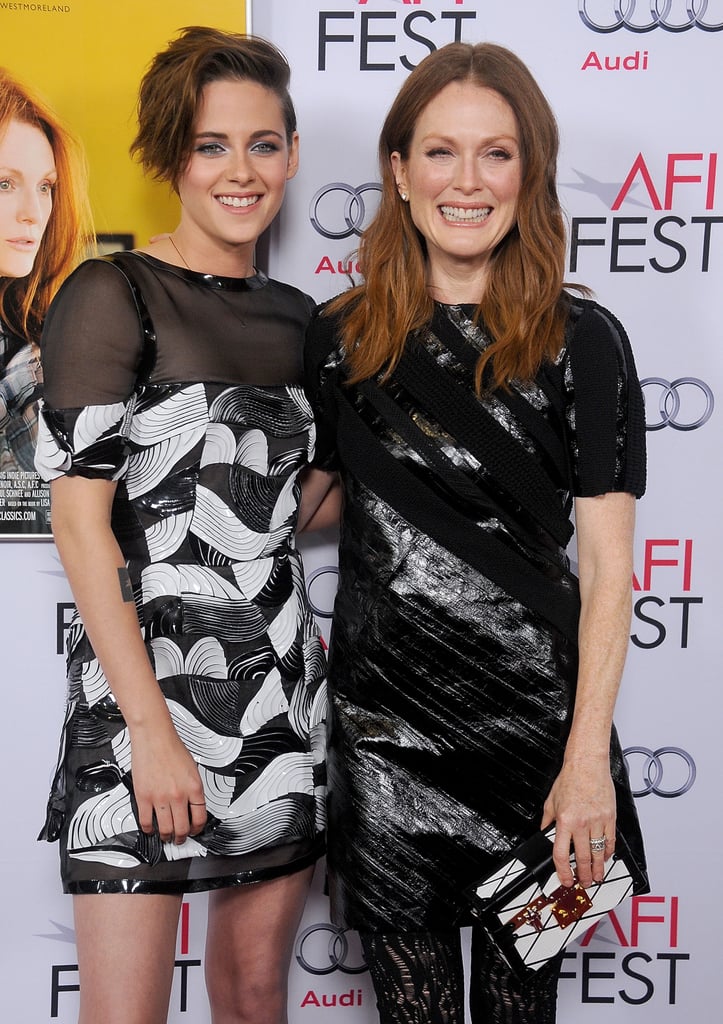 Kristen Stewart joined her costar Julianne Moore on the red carpet in LA on Wednesday night to attend the AFI Fest premiere of their latest project, Still Alice. The actress wore a short Chanel frock and dramatic silver eye shadow to mingle with her costar and later step inside for a Q&A about the film. While on the red carpet, Kristen gushed about Julianne's performance in the project, which follows a woman with early-onset Alzheimer's disease. "Because of her intense preparations and commitment to the role, we saw this incredible performance unfolding," she said. "Everyone on set could feel it — the other actors knew it, the crew knew it, the guys driving the grip trucks knew it. There was something special going on."

While Kristen and Julianne were working their stuff in front of the cameras, Miley Cyrus was spotted making a sneaky entrance into the Q&A alongside her new boyfriend, Patrick Schwarzenegger. The two were there to support Patrick's mom, Maria Shriver, who served as an executive producer on the project.