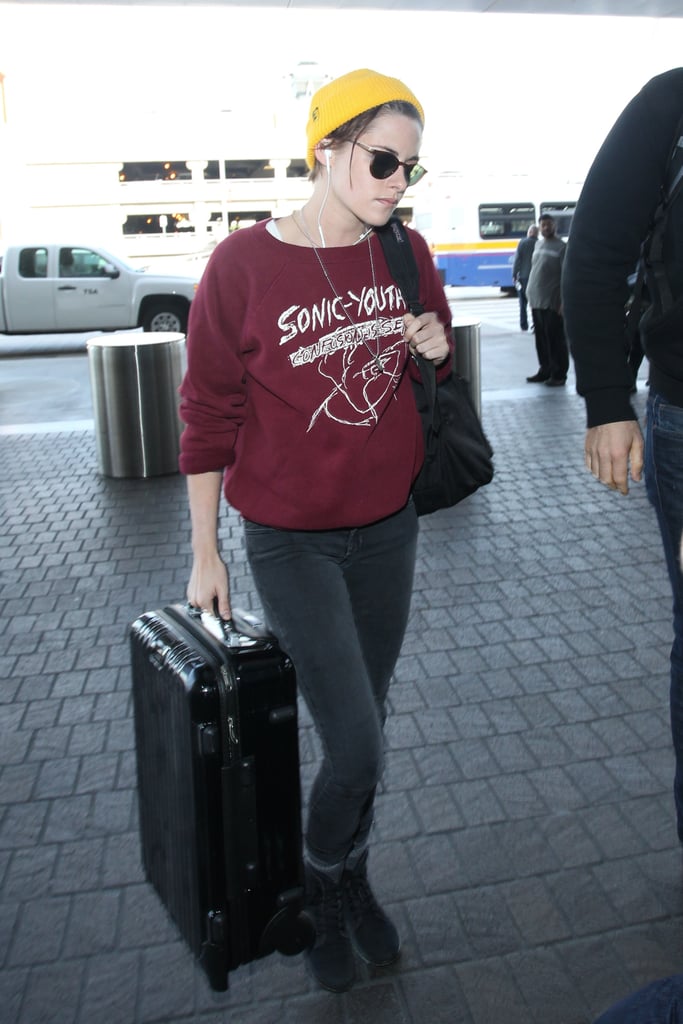 Kristen Stewart carried her own luggage as she caught a flight out of LA on Monday. The actress was dressed for the Autumn weather in a Sonic Youth sweatshirt and bright yellow beanie. Kristen's airport stop comes after a very busy weekend, which included Riley Keough's bachelorette party in San Luis Obispo, CA, with a huge group of girlfriends. Before the bash, she attended Friday's 2014 Hollywood Film Awards alongside other stars, like Benedict Cumberbatch, Angelina Jolie, and even her ex-boyfriend Robert Pattinson. (Although, Kristen and Robert were not seen interacting at the event.) Before that, Kristen linked up with Julianne Moore to premiere their latest project, Still Alice, at the AFI Fest in LA.