Kristen Stewart can add another title under her stylish belt — she's been named the best dressed woman of 2013 by Glamour UK! 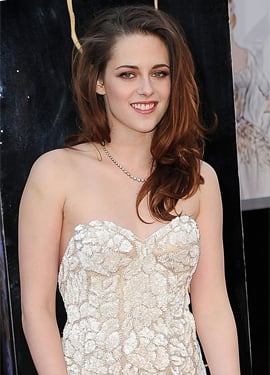 Kristen beat out fashionable celebrities Emma Watson, who came in second on the list, and Kate Middleton, who landed the third-place spot. This is Kristen's second time winning the honor on the annual list, which is voted on by the magazine's readers. The award couldn't have come at a better time as Kristen is gearing up for Monday night's Met Gala in NYC, which is well-known for being the biggest event for fashionistas. While the fashion bash is just around the corner, the actress has been laying low in LA leading up to her trip out to the Big Apple. Kristen Stewart wore shorts and hung out with a group of girlfriends on Monday while her boyfriend, Robert Pattinson, was out of town.