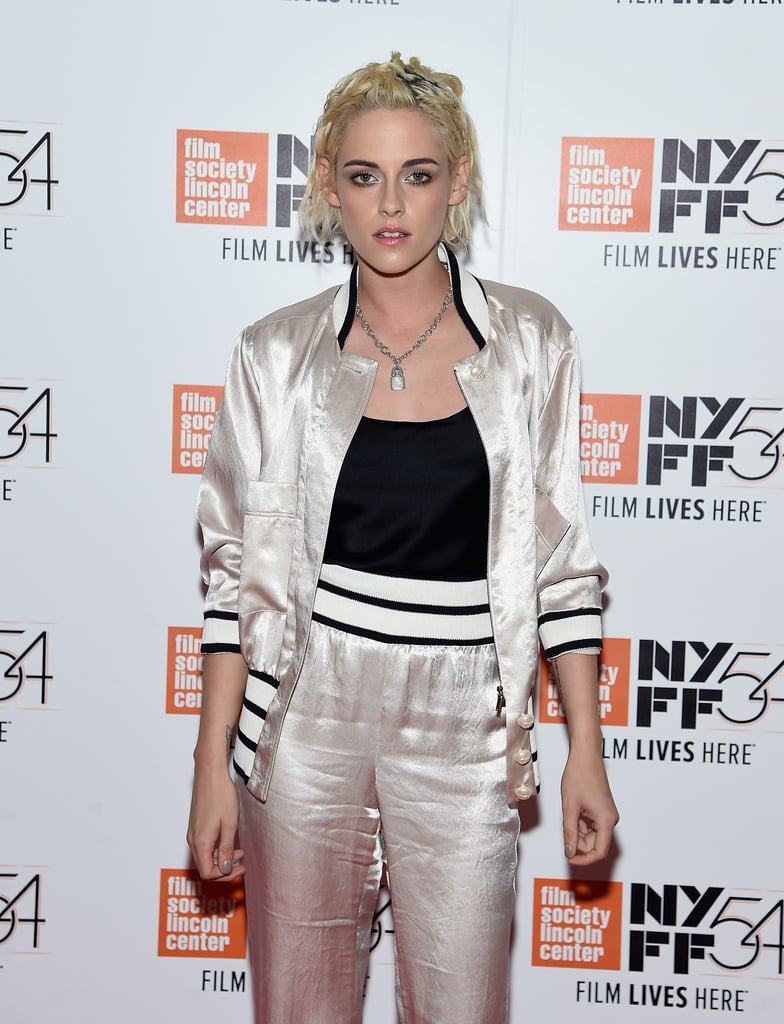 Kristen Stewart has been hamming it up at the New York Film Festival all week long, and on Friday, she attended a Q&A session for Personal Shopper looking like her usual cool self. Kristen kicked off the week by popping up at the premiere for Certain Women in a red trouser suit, and on Wednesday, she was on hand to host An Evening With Kristen Stewart. The annual event recognises stars who have made significant artistic contributions to film culture, and Kristen appears in three NYFF movies this year: Personal Shopper, Billy Lynn's Long Halftime Walk, and Certain Women.

In a recent interview with W magazine, Kristen opened up about what it was like filming her nude sex scene in Personal Shopper, saying, "I wasn't apprehensive. I feel super great with director Olivier [Assayas], as well . . . The scenes in which I don't have clothes on or the scenes that seem 'risqué' from an outsider's perspective, there was no acknowledgment on his part . . . They're very f*cking French. We are weirder about sh*t like that." We'll be adding this to her growing list of all the times Kristen used the f-word to get her point across.