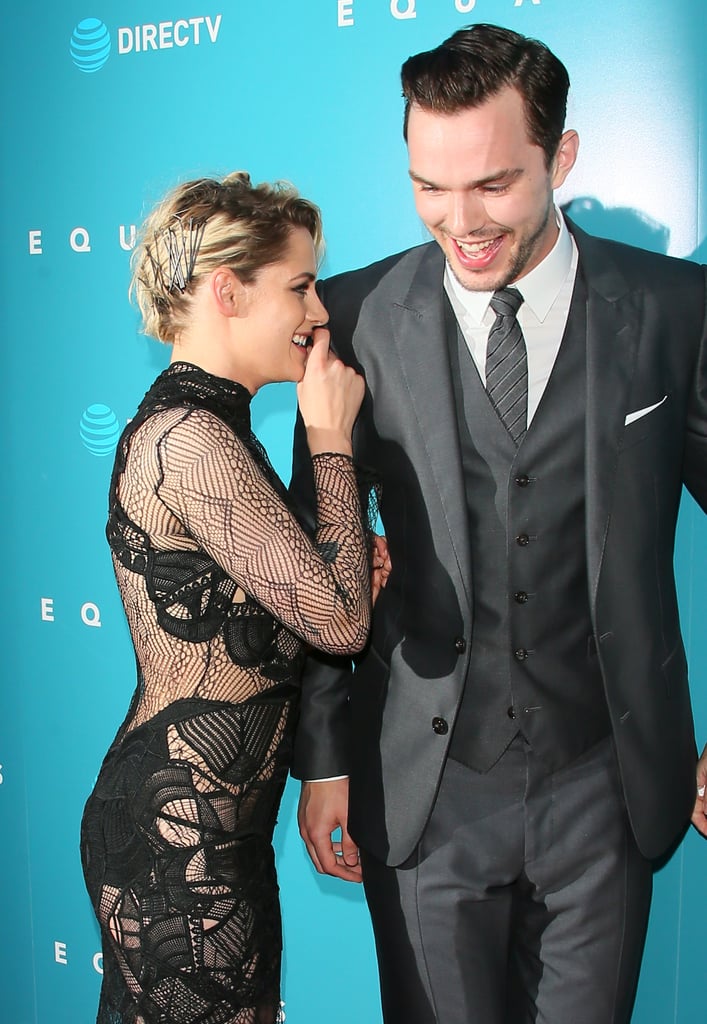 Kristen Stewart and Nicholas Hoult hit the red carpet at the LA Premiere of Equals at the Arclight Hollywood on Thursday, where they could barely keep a straight face. Although Nicholas and Kristen play star-crossed lovers in the upcoming sci-fi movie, the pair are more like BFFs in real life, supporting each other at movie premieres and grabbing dinner together. Their friendship was on full display as they giggled in front of photographers and chatted with fellow costar Jacki Weaver and the film's director, Drake Doremus. Dressed in an intricate, see-through, black lace dress and rocking some Justin Bieber-esque blondE hair, Kristen looked badass and elegant as always before she switched out her gown for jeans and a white t-shirt, while Nicholas rocked a dapper grEy suit. Check out all the fun they had here!