Kristen Stewart vamped it up for the premiere of On the Road at the AFI Fest presented by Audi, in LA on Saturday night. Kristen has been in Breaking Dawn Part 2 promotional mode for the past week, but she switched gears to support her indie project alongside two of her costars, Garrett Hedlund and Amy Adams. After introducing the film to the crowd at Grauman's Chinese Theatre, Kristen headed over to the afterparty at the Roosevelt. Kristen changed from her red carpet look into a leather jacket and jeans and was joined by boyfriend Robert Pattinson. Kristen and Robert have been more openly affectionate and sweet during this final Twilight press tour. The big LA premiere is Nov. 12, and before then, we can expect many more interviews and appearances together. They still have time for fun, however, and were spotted holding hands and wearing masks at a Halloween party last week. 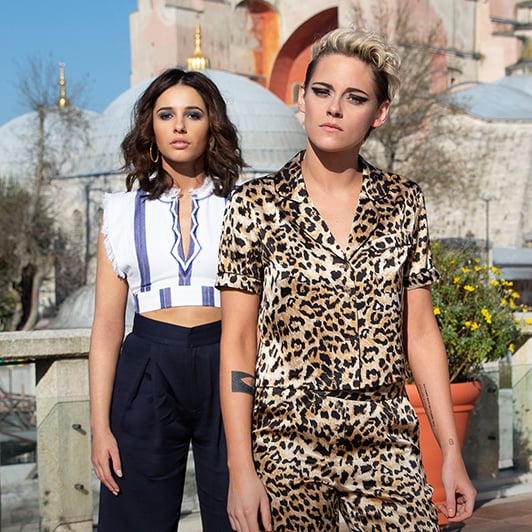