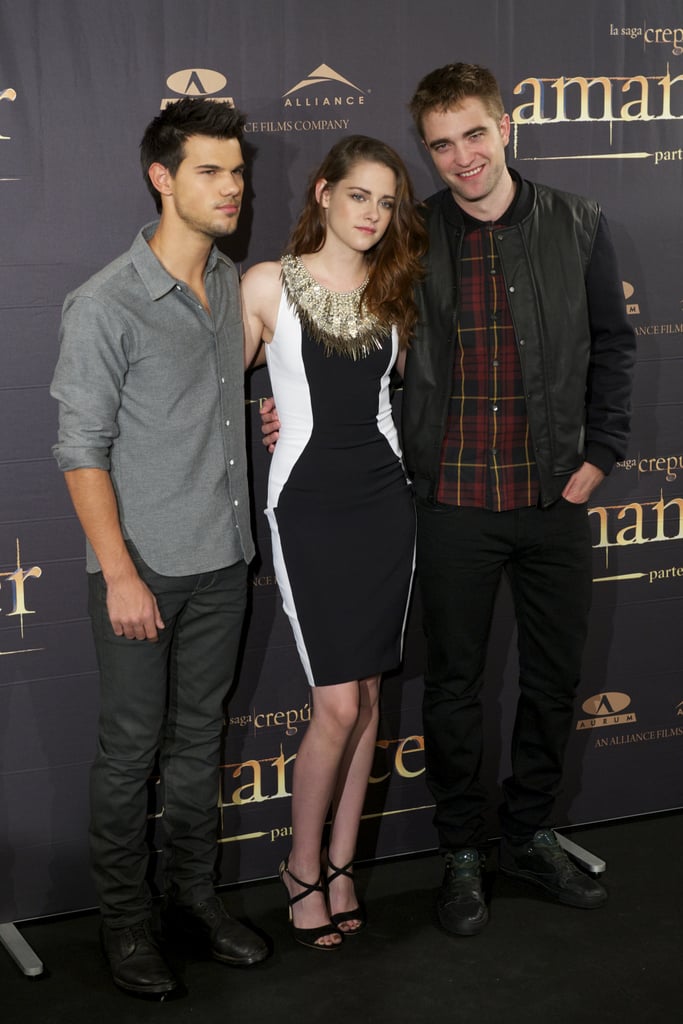 Kristen Stewart and Robert Pattinson continued their Breaking Dawn Part 2 press tour this morning in Spain. They linked up at Madrid's Villa Magna Hotel for a photocall along with Taylor Lautner. Last night, the trio was in the UK for a premiere there. Kristen wore a sexy lace Zuhair Murad jumpsuit to their London event, and changed into jeans and a bomber jacket for their Breaking Dawn afterparty. Today, though, Kristen was a bit more covered up in a black and white Julien Macdonald dress. The next few days will bring Kristen, Robert, and Taylor around Europe in the run-up to the overseas debut of their final Twilight film. Fans in the US, though, will be able to see their finished product starting at midnight tonight.