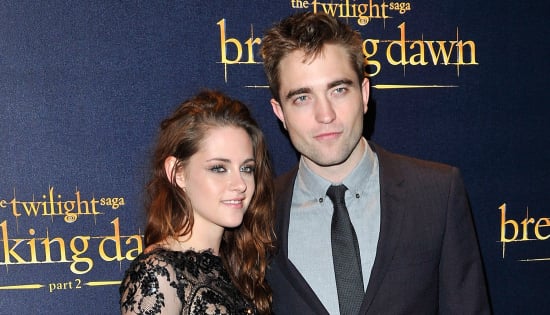 More information about Kristen Stewart and Robert Pattinson's split is starting to filter in, just a few days after it was announced that Rob and Kristen had broken up. According to People magazine, the two had been spending less time together ever since they both returned to LA after spending time in NYC together while Kristen attended the 2013 Met Gala earlier this month. Sources told the magazine, "Kristen has been in a terrible mood, and it was obvious that things were not great with Rob." The source also says that the two have been spending more time "at their separate houses." According to earlier reports, the two had been living together at the home of Kristen's mother in the LA area with their two dogs, Bear and Bernie.

News of Robert and Kristen's split hit on Saturday evening, with some blaming the breakup on the fact that Rob didn't attend the birthday bash that Kristen had thrown in his honor. People now reports that Rob had a separate bash at his house, but Kristen wasn't around. A friend told the magazine, "He had friends over at his house, but Kristen was not part of the celebration. For the past few days, they have not spent any time together." Despite the news of their breakup, some sources have already spilled that they think Rob and Kristen could get back together very soon.