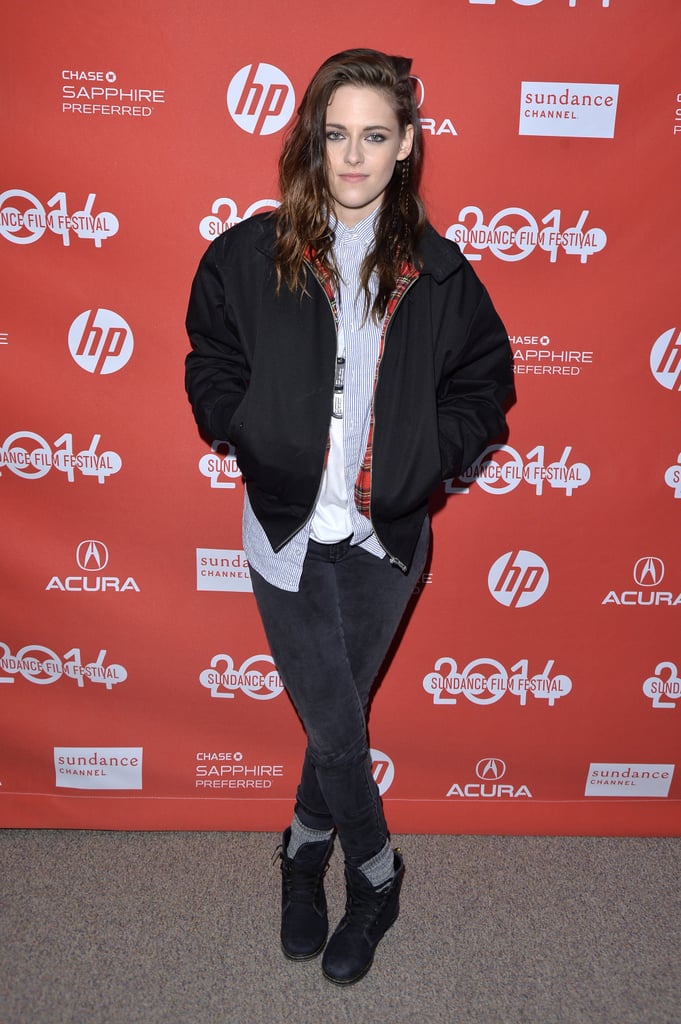 Kristen Stewart kicked off a big weekend with her Camp X-Ray premiere at the Sundance Film Festival in Park City, UT, on Friday. She looked laid back in multiple layers and rocked wavy hair as she made her way into the screening. Kristen was all smiles while surrounded by the cast and crew on the red carpet, striking a few different fun poses. Her new film is one of her most dramatic and emotional yet, as she plays a young woman who escapes her small town to join the military and ends up as a guard at Camp X-Ray in Guantanamo Bay. We can't wait to see her shine in the film, just like she did on the red carpet and at the airport en route to Sundance yesterday. Keep reading for more photos from Kristen's big premiere!