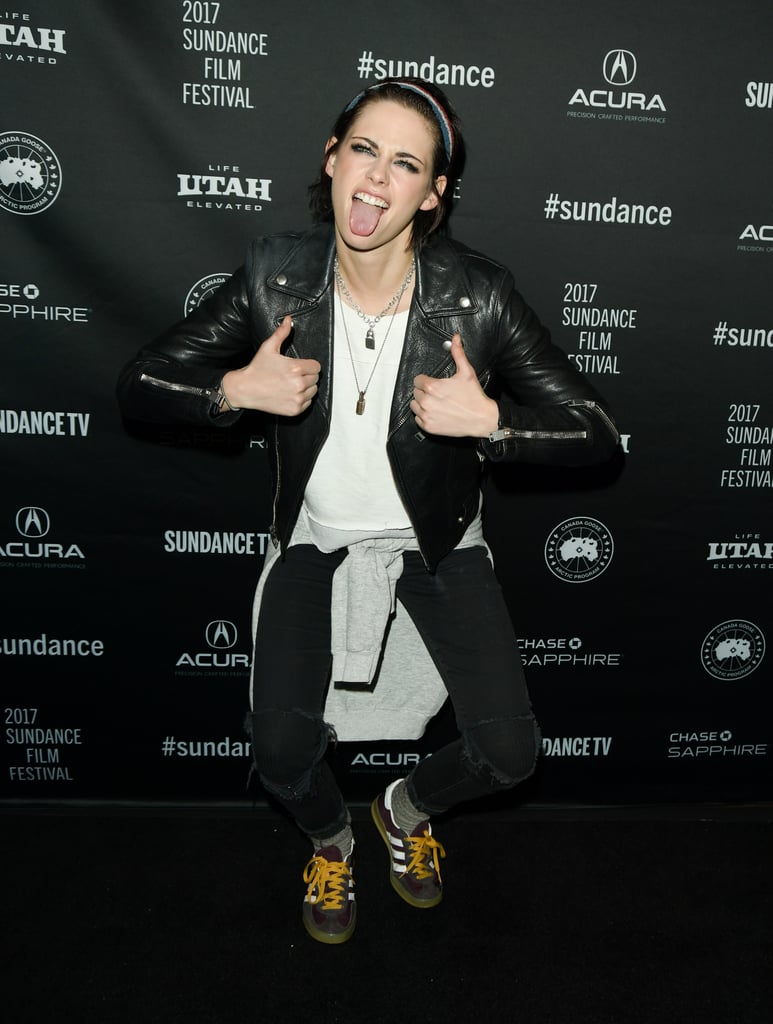 Kristen Stewart marked a major milestone in her career at the Sundance Film Festival in Park City, UT, on Thursday. For the first time, the actress appeared at the festival as a director as she attended the premiere of her 17-minute short, Come Swim, which was produced in collaboration with Refinery29 for its ShatterBox Anthology collection of short films directed by women. Rocking black trousers, a white t-shirt, and a leather jacket, Kristen looked casual and cool as usual as she posed with her team on the red carpet. "I feel amazing," she told reporters at the Prospector Square Theatre. "I'm so happy that so many actual eyes get to see it in the theatre."