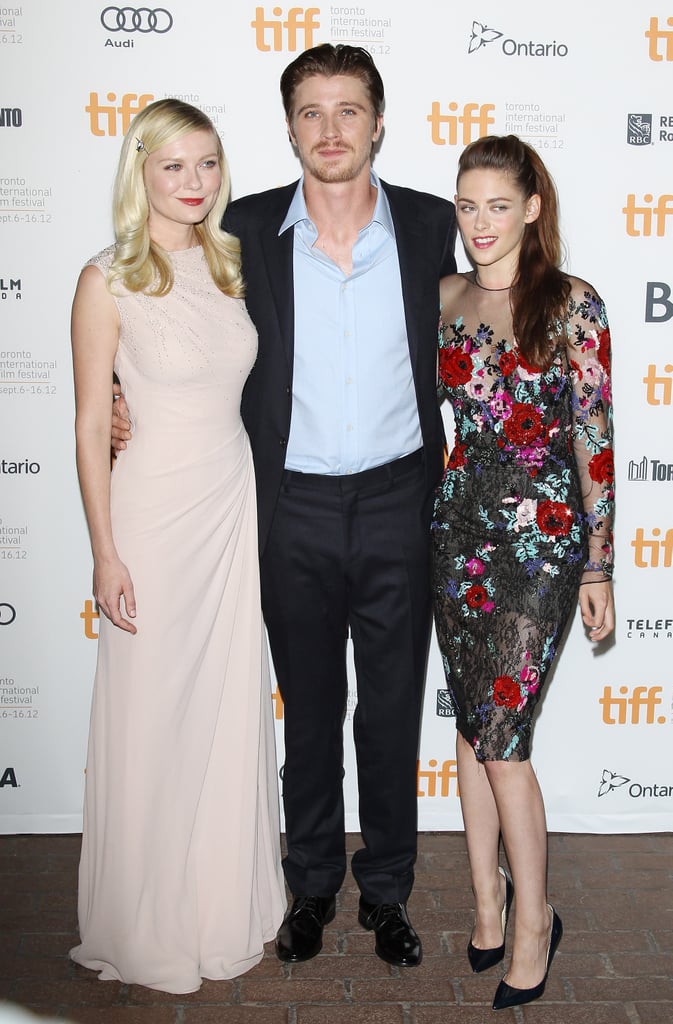 Kristen Stewart arrived for the Toronto International Film Festival premiere of On the Road tonight. She got glam in a floral Zuhair Murad gown after traveling to Canada in one of Robert Pattinson's shirts. This evening's event marks Kristen's first public appearance since news of her cheating scandal with director Rupert Sanders came out in July. Kristen has since been lying low, though she was spotted in LA last month. Kristen's On the Road costars Kirsten Dunst, in Dior, and Garrett Hedlund were also on hand to promote the project today.

With Kristen up north for the screening, her Twilight costars Rob and Taylor Lautner are expected at the MTV VMAs in LA to debut a new clip for Breaking Dawn Part 2. We'll see Kristen back on the big screen for that project when it hits theaters in November, while On the Road opens in select cities in December. 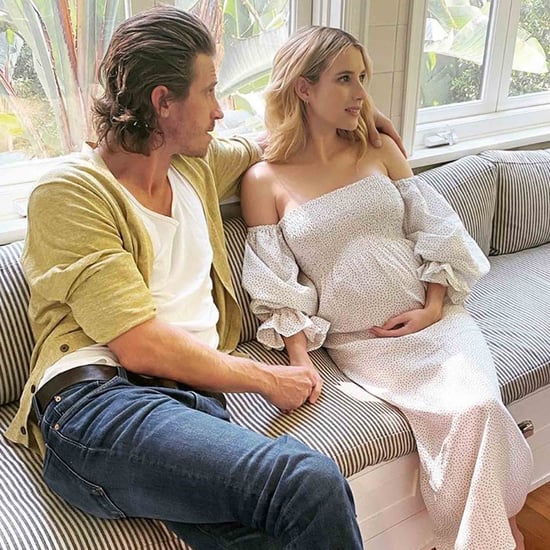