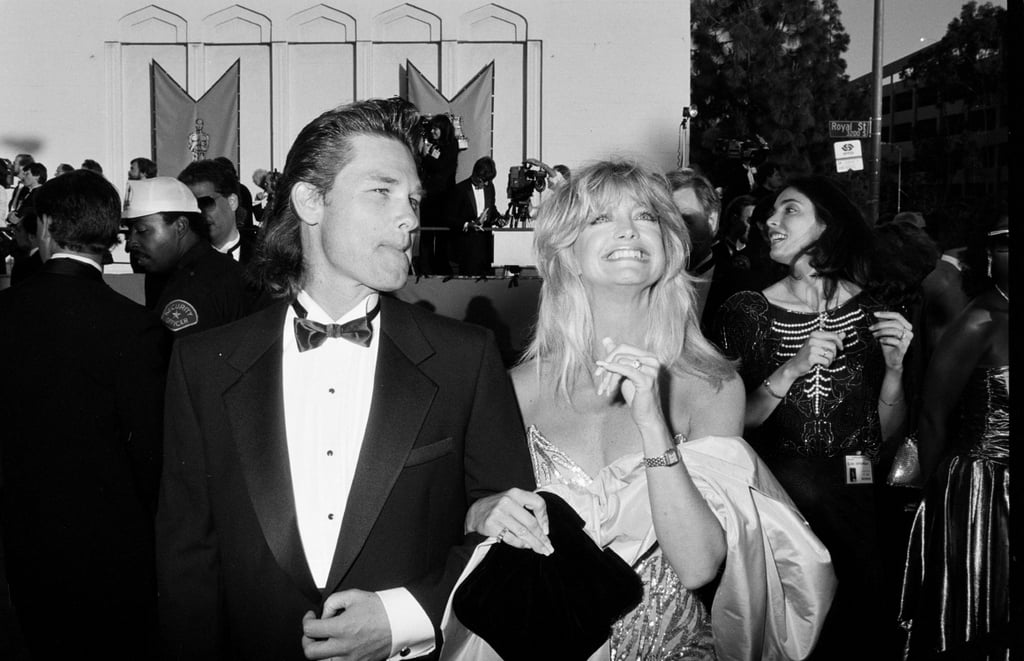 Kurt Russell and Goldie Hawn are undeniably one of Hollywood's most inspiring and well-loved couples. They began dating in 1983, share four children — Kate and Oliver Hudson and Wyatt and Boston Russell — and have become a picture-perfect example of the contemporary blended family, eschewing marriage in favour of a non-formal commitment. When asked about why she and Kurt haven't tied the knot, Goldie said, "The question is, 'Why (get married)?' It's not, 'Why not?' We love each other. We fight the way people are supposed to fight. We love our lives together."

In addition to building a family, they've both established storied separate careers and have also starred together in three films — The One and Only, Genuine, Original Family Band, Swing Shift, and Overboard, which they recently watched for the first time ever. Goldie tweeted about the date night, saying, "Kurt n I snuggled up and watched Overboard together. The first time we have seen it all the way thru since it came out. Now that's Romance." In honour of their epic relationship, we've roundup up the best pictures from Kurt and Goldie's decades-long courtship — scroll through to see them all now.

Tommy Dorfman
Tommy Dorfman Is Engaged to a Mystery Woman: "Being in Love Is So Scary"
by Yerin Kim 1 day ago