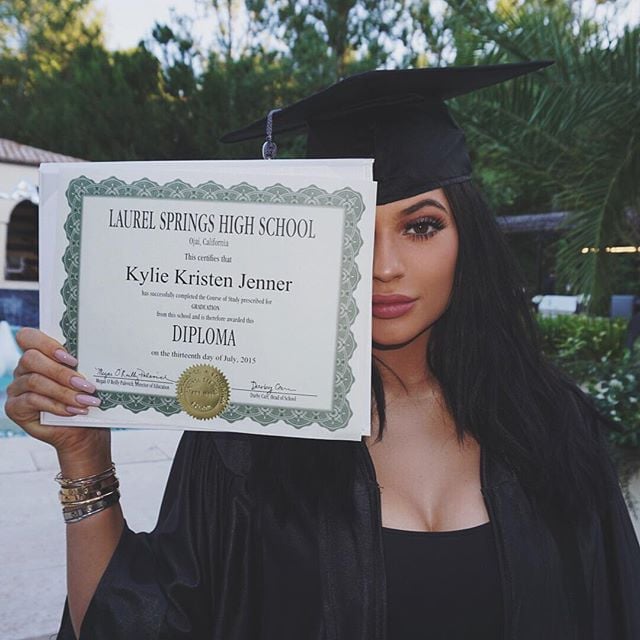 Kylie Jenner's graduation party just blew every party that has ever been thrown out of the water. The reality star, who graduated from Laurel Springs High School in July, was thrown a surprise party by her friends and family at Kris Jenner's home on Thursday. Kylie, who showed off her lavish gifts that included a diamond-encrusted watch and a bracelet, celebrated alongside her sister Kendall, who graduated last year. The bash was hosted by Ryan Seacrest and included a photo booth, a checkered dance floor, balloons that spelled out "Congratulations," food stands, and synchronised swimmers who performed in the pool.

Kim, Khloé, and Kourtney Kardashian were also in attendance and managed to bring the party to a whole new level. Kylie took numerous Snapchat videos from her big night, including ones of Khloé twerking, Kylie dancing with Kendall, and Kylie's rumoured boyfriend, Tyga, sitting by the pool. Keep reading to see more photos and videos from the crazy party, then check out Kylie's raciest Instagram photos.