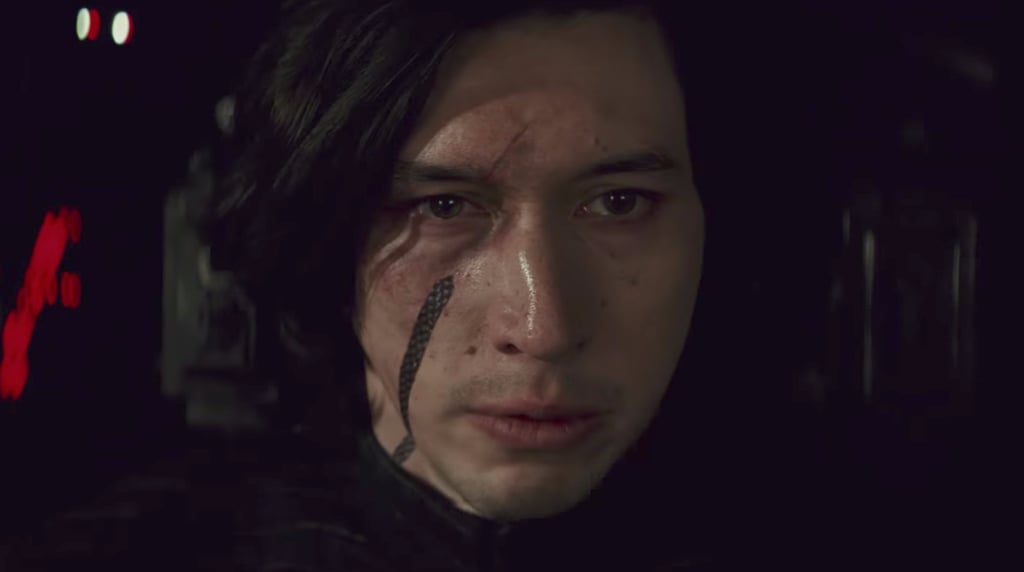 Seriously — What Is Up With Kylo Ren's Scar in the New Star Wars Trailer?

Since the full-length trailer for Star Wars: The Last Jedi was released, fans of the franchise have been busy analysing any details they can gather about the coming film. One new development, however, has been particularly polarising: Kylo Ren's scar. If you can recall, the aspiring villain — played by Adam Driver — gets slashed in the face with a lightsaber during a battle with Rey at the end of The Force Awakens. Following the facial injury, it seems as though Kylo is mending the scar with some sort of futuristic, metallic plaster that has a slightly scaly appearance.

What's more, several people noticed that a more healed version of the scar is shown toward the end of the trailer, as Kylo extends a hand to someone (possibly Rey). Now, who knows what this could all mean, but it's interesting to see the journey this scar is taking us all on!

Related:
The Internet Is Obsessed With the Adorable New Creature in The Last Jedi Trailer
Previous Next Start Slideshow
Star Wars: The Last JediStar Wars