Kate Winslet has never shied away from a sensual role, and in Labor Day, she has some serious chemistry with her costar. This time, Josh Brolin is her partner in crime, literally. He plays a convict whom the single mother is forced to harbor in her small ranch home over the long Labor Day weekend. The tone soon evolves from crime drama to love story as the two grow close, both drawn together and haunted by his mysterious past. This is director Jason Reitman's latest movie, and though he's got a great track record with lighter films like Up in the Air and Juno, this movie definitely has a darker tone. 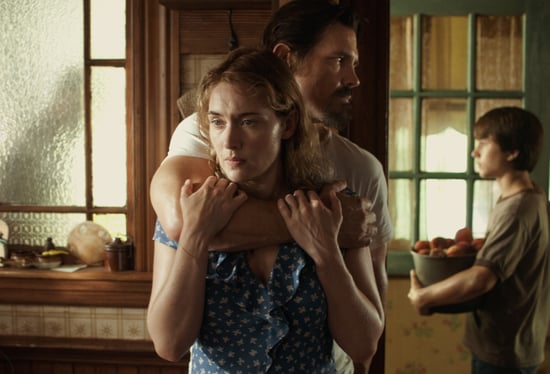 Winslet and Brolin are astounding performers on their own, but together they might be even better, as evidenced by the great reviews they got at the Toronto International Film Festival. Labor Day is coming out in limited release on Christmas Day, and you can watch the trailer after the jump.