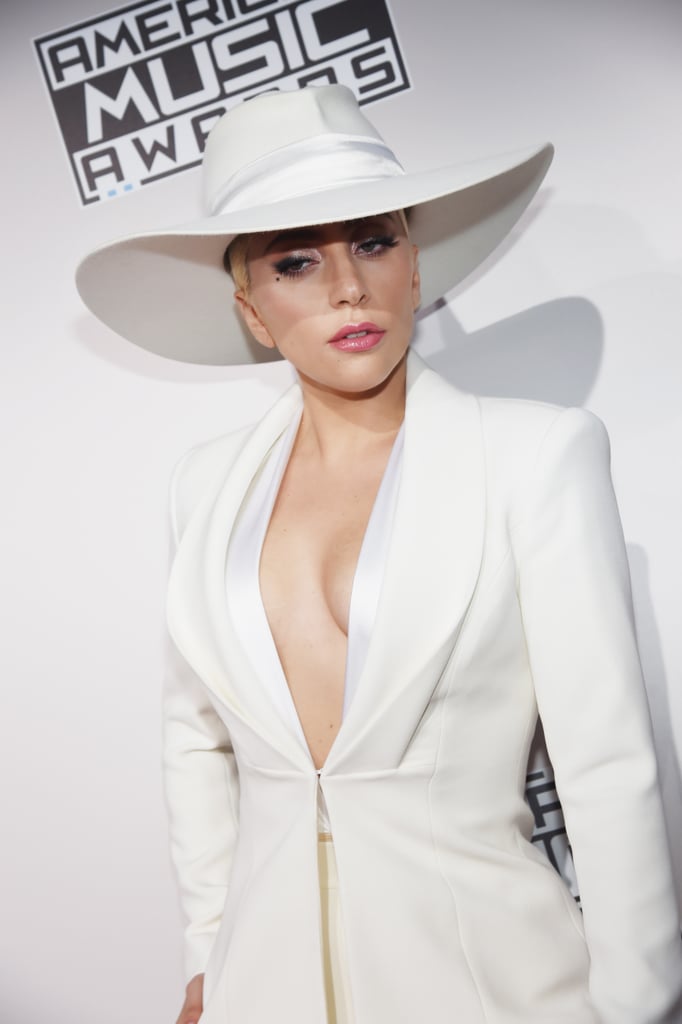 Lady Gaga was already slated to perform at Sunday night's American Music Awards in LA, and her red carpet look alone was enough to put us out. Along the veins of her new country-twanged album, Joanne, the pop star wore a gorgeous all-white suit and a matching version of her signature wide-brim hat. It's quite a far cry from her last appearance in 2013, when she rode in on a horse and performed "Do What U Want" with R. Kelly. Between her protests against Trump and her recent lavish outing in LA, it's nice to have a night where we can focus on something other than the world and get back to the music. Are you ready to see her slay?