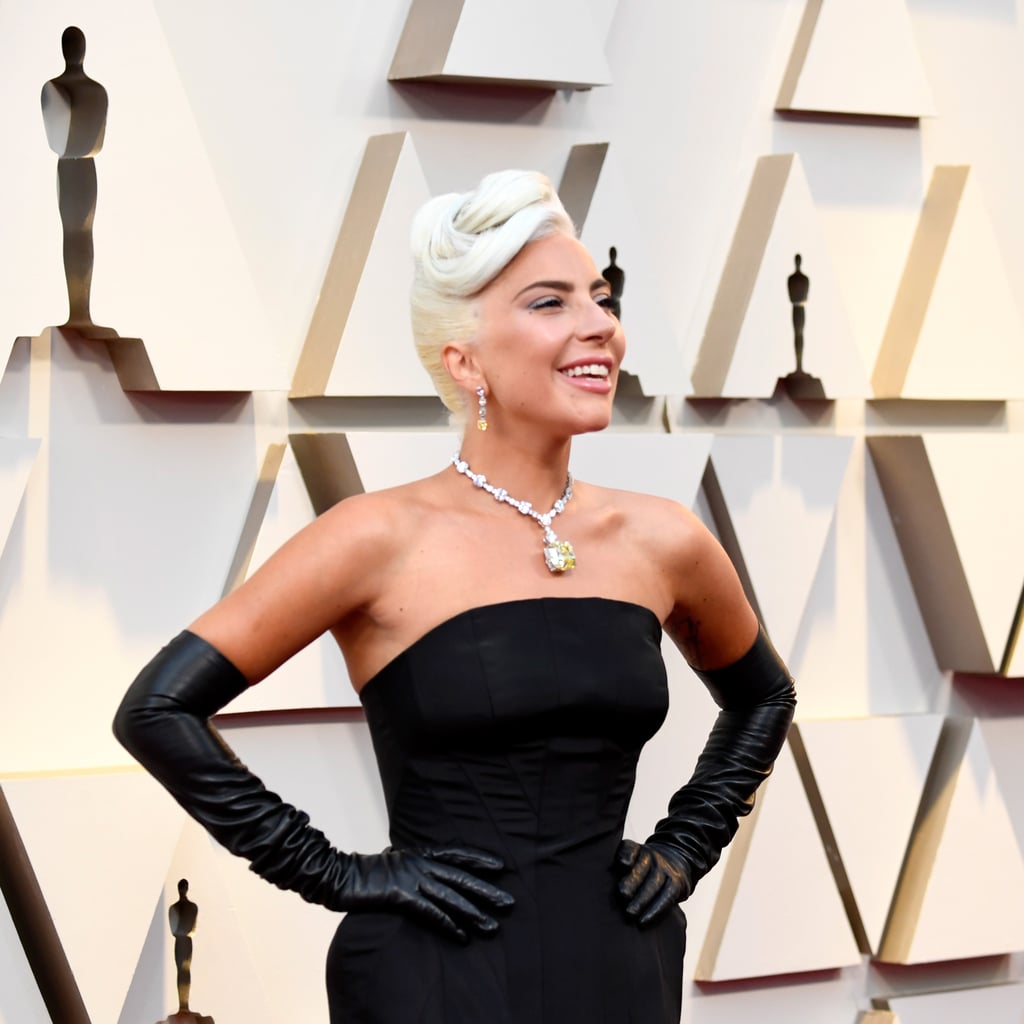 Lady Gaga was the picture of elegance as she arrived for her big night at the Academy Awards in LA on Sunday. The singer and actress, who is nominated for both best actress and best original song for A Star Is Born, looked stunning in a dramatic black gown accessorised with opera-length gloves and a 128.54-carat Tiffany & Co diamond, aptly named "the Tiffany diamond," a necklace last worn by Audrey Hepburn in promotional photos for Breakfast At Tiffany's in 1961. In addition to potentially hitting the stage to accept a trophy or two, Gaga is also set to link up with her beloved costar Bradley Cooper for a performance of their film's hit theme "Shallow."

Gaga's exciting night comes on the heels of some slightly less exciting news — the end of her engagement to CAA agent Christian Carino, which was revealed last week. Gaga and Christian dated for over two years before their split, which, according to People, doesn't involve some "long dramatic story. "It just didn't work out. Relationships sometimes end," the singer's rep said. Despite the recent breakup, Gaga seemed in great spirits — and why wouldn't she be? She's on top of the world. Keep reading to see all the photos from Gaga's momentous Oscars night!

Related:
This Is How Close Lady Gaga Is to Earning EGOT Status
Previous Next Start Slideshow
Award SeasonOscarsLady GaGaRed Carpet
Around The Web