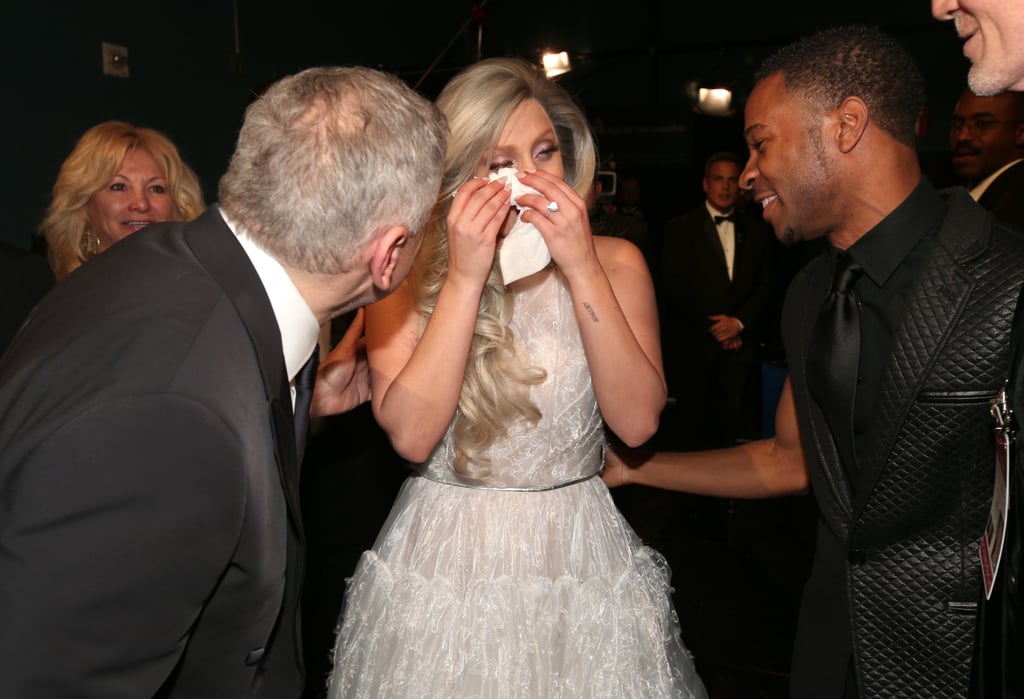 Let's just face it: the past couple of years have been a bumpy ride for Lady Gaga fans. And then the tide changed late last year. Cheek to Cheek, her duets album with Tony Bennett, became a hit; her and Tony's Grammys performance was on point; and we loved her rousing rendition of "I Wish" at Stevie Wonder's Grammys tribute show. On the personal front, we were thrilled when we learned about her romantic engagement to Taylor Kinney. As if the lead up to her next solo album couldn't get better, she killed it at Sunday's Oscars, belting out the most moving performances of classics from The Sound of Music since, well, the movie came out in 1965. She felt it as much as we did, eventually breaking out in happy tears. But a lot happened off stage for Lady Gaga, too. Read on to see her big night at the Oscars, and then watch Julie Andrews shower her with praise.