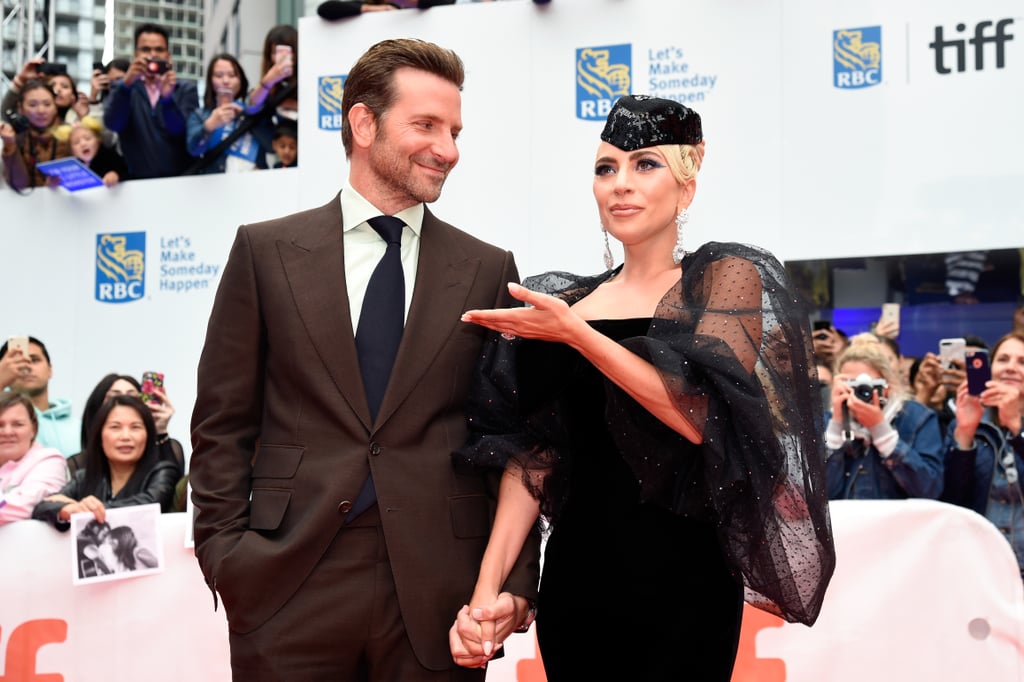 We first caught wind of Lady Gaga and Bradley Cooper's surprising friendship when they were spotted taking a ride on the actor's motorcycle back in 2016, and once it was announced that they'd be working together in a reboot of A Star Is Born, all eyes were on the unlikely pals. Not only do Bradley and Gaga get along well in real life, but they translated their mutual love and respect for each other onto the big screen as well. In her new interview with Vogue, Gaga opened up about her "instant connection" with Bradley: "The second that I saw him, I was like, 'Have I known you my whole life?'" she said, adding, "It was an instant connection, instant understanding of one another."

Now that the two are hard at work promoting A Star Is Born on the film festival circuit ahead of its Oct. 5 release, we're getting even more sweet glimpses of their chemistry on the red carpet and in interviews. Most recently, at the Toronto Film Festival, Bradley got a rise out of the crowd when he adorably helped lift Gaga's intricate veil. We'd be lying if we said we didn't wish these two could date. Keep reading to see their best friendship moments so far.

Related:
For the Love of God Please Gaze Upon These Pictures of Lady Gaga in Venice
Previous Next Start Slideshow
A Star Is BornCelebrity FriendshipsBradley CooperLady GaGaRed Carpet