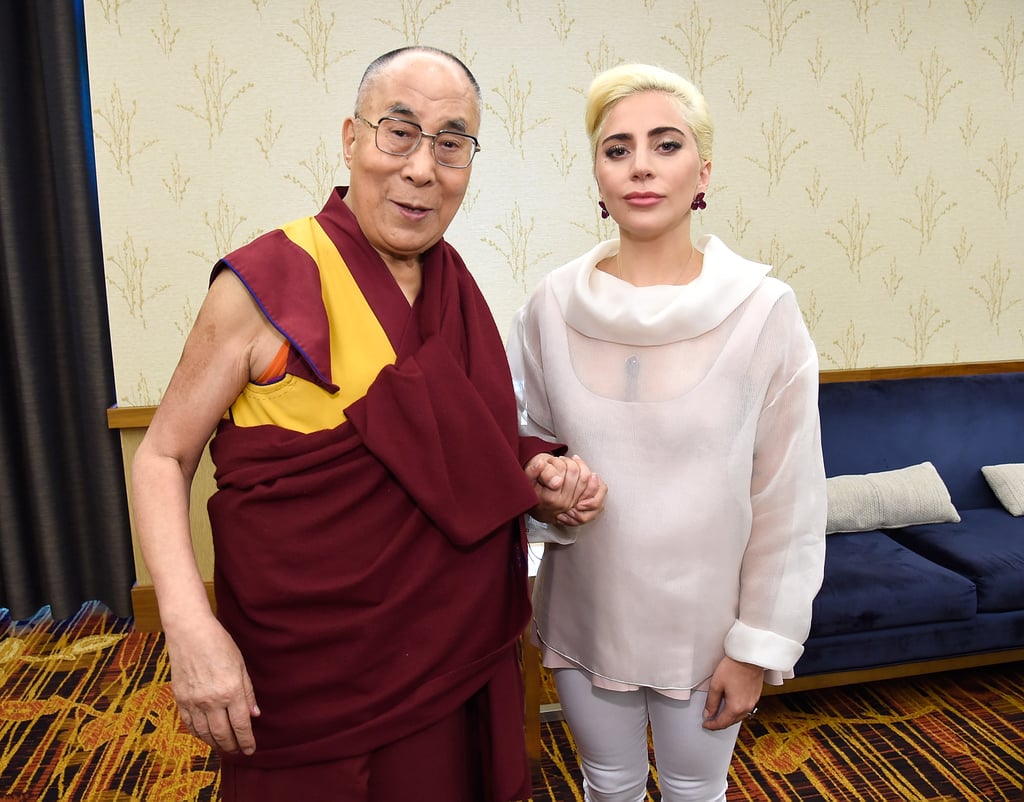 Lady Gaga has always been vocal about the importance of love, kindness, and compassion among today's youth, and she continued to spread her message at the US Conference of Mayors in Indianapolis on Sunday. The singer and actress joined His Holiness the Dalai Lama at the event to talk about building "compassionate cities" around the country. During her speech, Gaga told city representatives, "Kindness is a free currency from a well that will never dry up," and, "The most efficient way for you to act with young people is to be a calming force." She also shared photos of herself on Instagram with the Tibetan leader, who she was photographed embracing backstage.

Gaga made another heartfelt speech earlier this month at a vigil outside LA City Hall for the victims of the Pulse nightclub shooting in Orlando, FL. She tearfully told the crowd, "I gather humbly with you as a human being in peace, in sincerity, in commitment, in solidarity, to take a real moment and mourn the tragic loss of these innocent, beautiful people," and read the names of those killed as people held up signs spelling "Orlando" behind her.