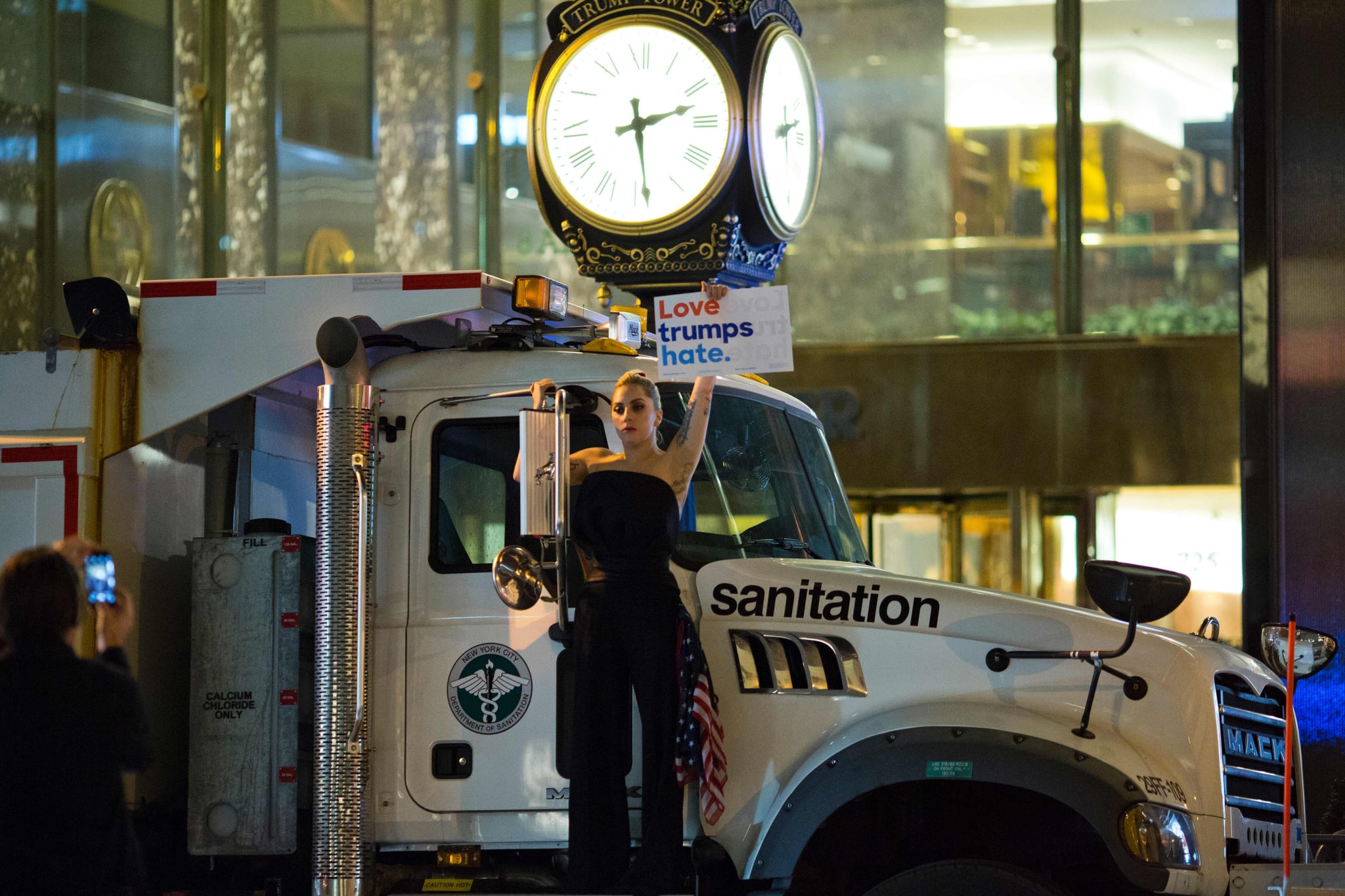 Lady Gaga is #StillWithHer. Following Donald Trump's presidential win on Tuesday night, the singer took to Trump Tower to protest the results of the election by standing on a large truck and holding a sign that reads, "Love trumps hate." As the results started coming in on Nov. 8, she also wrote on Twitter, "In a room full of hope, we will be heard. Nothing can stop us. Stand up for kindness, equality, and love." Throughout the election, Gaga has been an avid Hillary Clinton supporter, performing at one of her rallies, encouraging her fans to get out and vote, and even changing her Twitter name to #VoteHillary. She has since changed her Twitter name to #CountryOfKindness, where people are currently sharing positive messages of equality and unity.

Hair
Lady Gaga's Braided Crown at the Inauguration Was Chic, but Wait Until You See the Back
by Jessica Harrington 20/1