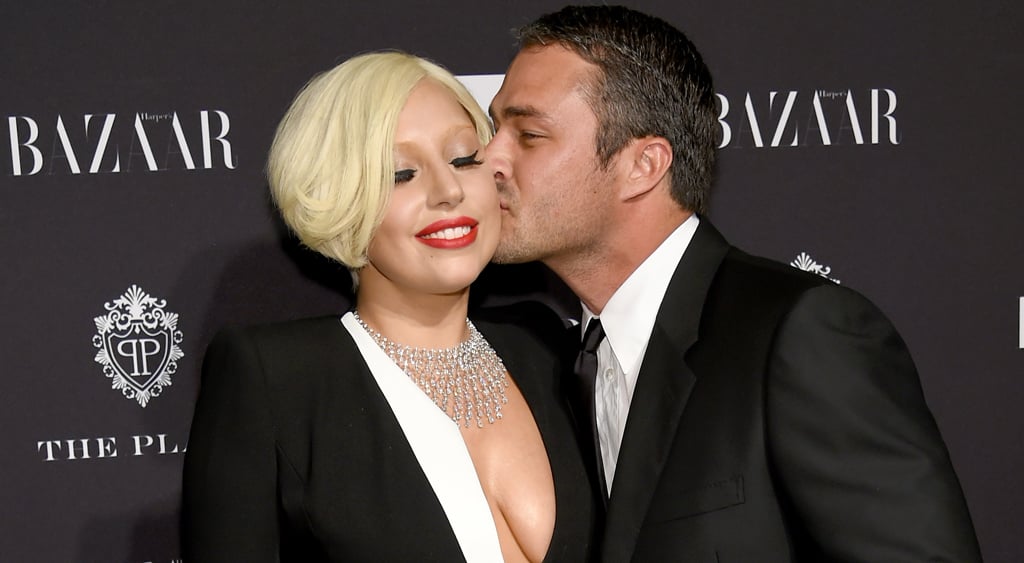 Lady Gaga and Taylor Kinney Are Engaged — See Her Ring!

Valentine's Day marked a romantic milestone for Lady Gaga. On Saturday, the singer got engaged to her boyfriend, actor Taylor Kinney. Lady Gaga confirmed the news on Sunday, sharing a picture of her engagement ring on Instagram. "He gave me his heart on Valentine's Day, and I said YES!" she wrote. According to reports, Taylor proposed to Lady Gaga before the couple headed over to Joanne Trattoria, her family's Italian restaurant in NYC, for a celebratory meal.

It's been more than three years since the pop star met Taylor on the set of her music video for "You and I," in which the Chicago Fire actor flaunts his shirtless physique as her love interest. The clip also shows Lady Gaga kissing Taylor while wearing her mother's wedding gown. In the years since, the pair have opened up about their budding romance. "For me, the connection that I feel is so strong that it's so much stronger than physical," she said in an interview with Howard Stern in 2013. "We're both very protective of our love as well. We treat each other with a lot of care and we're good to one another." The following year, Taylor commented on their relationship at a Golden Globes party, telling E! News, "I'm reserved. She's not. For whatever reason, it works." Keep reading to see her engagement ring!