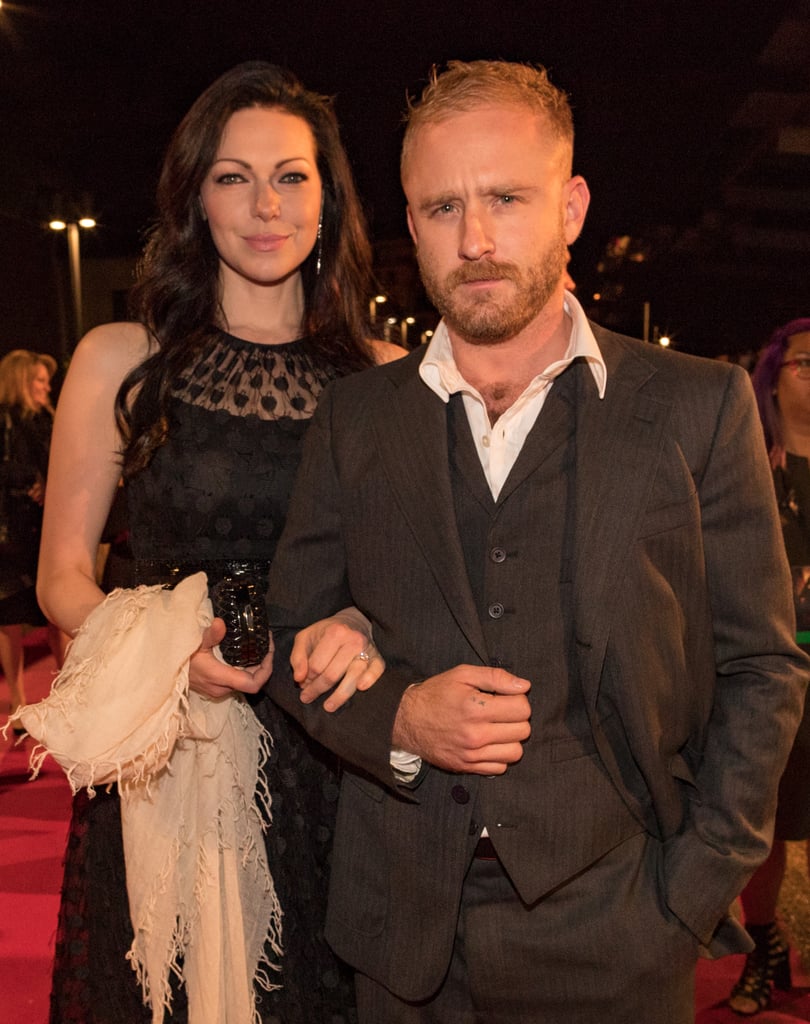 After confirming their engagement last week, Laura Prepon and Ben Foster attended the world premiere of Inferno in Florence, Italy on Saturday evening. Laura wore a black polka-dot dress, which she paired with her blindingly-gorgeous diamond sparkler, while Ben looked handsome in a black suit. Also at the event was Tom Hanks, who brought along his lovely wife, Rita Wilson.

Laura and Ben first sparked romance rumours when they were spotted out together in NYC back in July, but the Orange Is the New Black actress has actually known her fiancé since she was 18. Laura and Ben are mutual friends with her That '70s Show costars, Danny Masterson and Ashton Kutcher, and during an appearance on Live With Kelly on Friday, Ashton joked about how upset he was that he found out about their surprise engagement on the news instead of from the stars themselves. "I'm double upset that neither of them told me and I got off the plane in New York and was like, 'What?!' They're all my friends and everybody is hooking up and it's weird!" he said.