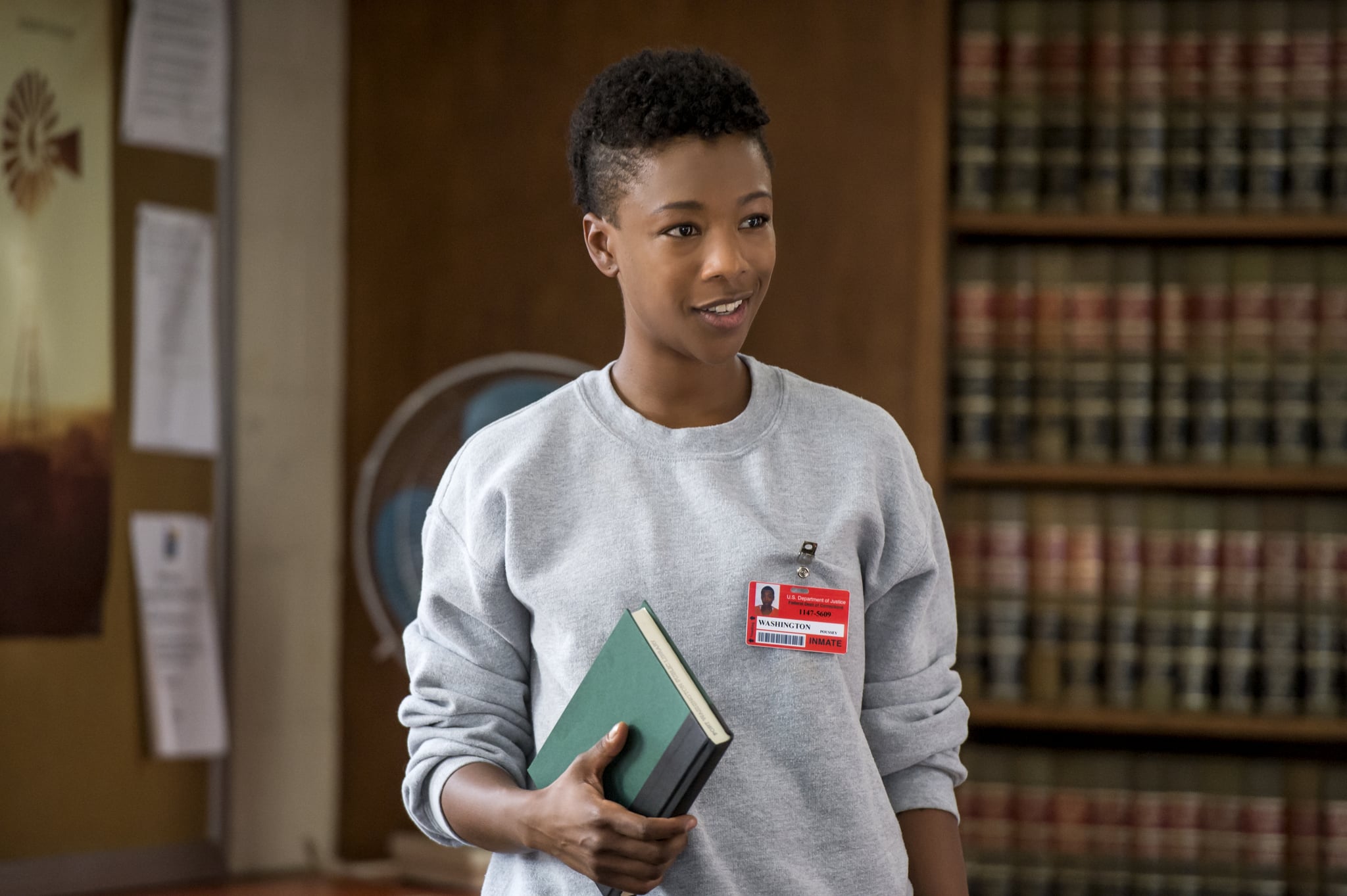 Warning: Spoilers for Orange Is the New Black season 5 below!

When it comes to friendships on Orange Is the New Black, few are funnier or more genuine than the bond between Taystee Jefferson (Danielle Brooks) and Poussey Washington (Samira Wiley). After Poussey's tragic, untimely death in season four, Taystee is left reeling and spends all of season five struggling to come to terms with her grief and find closure. This is something the OITNB writers took seriously, which is why they offer fans an adorable-yet-heartbreaking flashback scene showing the day Poussey and Taystee first met.

While sitting down with The Hollywood Reporter, longtime writer and OITNB producer Lauren Morelli (who is also married to Wiley), revealed exactly how the beautiful moment came to be. "It wasn't until we came into the writers room for season five that we knew we were going to bring her back," she said. "That's really the brilliance of the flashback structure. It's this endless gift that keeps on giving — it gives you so many paths to go down and just opens up the whole world. As we started talking about season five and all this being in reaction to Poussey's death, we felt that while we were honouring her death and having these women fight for what they believe in, it would be really, hopefully, impactful to get to see her face again."

Related:
Orange Is the New Black: Your Ultimate Guide to the Flashbacks

Morelli wrote the penultimate season four episode featuring Poussey's death as well as the season five flashback episode, but kept the latter as a surprise for Wiley until she knew it was definitely happening. "We live in a house where I cannot talk about work!" she said. "I was trying to keep it quiet because we were talking about it in the room, but nothing was really sure. When I got assigned and actually sat down writing, that's when I told her . . . There were so many unknowns and she was, of course, really thrilled when I told her about it."

The flashback scene itself is simple, showing Taystee as she makes her way to the prison library on her first day in Litchfield and overhears two white inmates bragging about their Weight Watchers-esque diets. "Amanda, I will not stop until my ass is so small it disappears entirely," a quiet voice says from behind the bookshelves after the two women leave. "You heard about this new diet where you eat cookies and ice cream and you still lose weight? It's called bulimia! I love it so much, it's a miracle!"

Taystee, happy to get in on Poussey's joke, replies, "Oh, Mackenzie. I've always been jealous of your willpower. I'm like a house ever since Mark invested in that new American bistro up the street. You would die for their artisanal sodas. Peach lavender rose petal, yes please!"

While we hope that isn't the last we've seen of Poussey (or Amanda and Mackenzie, for that matter), it's a touching (and hilarious) way to honour her character.