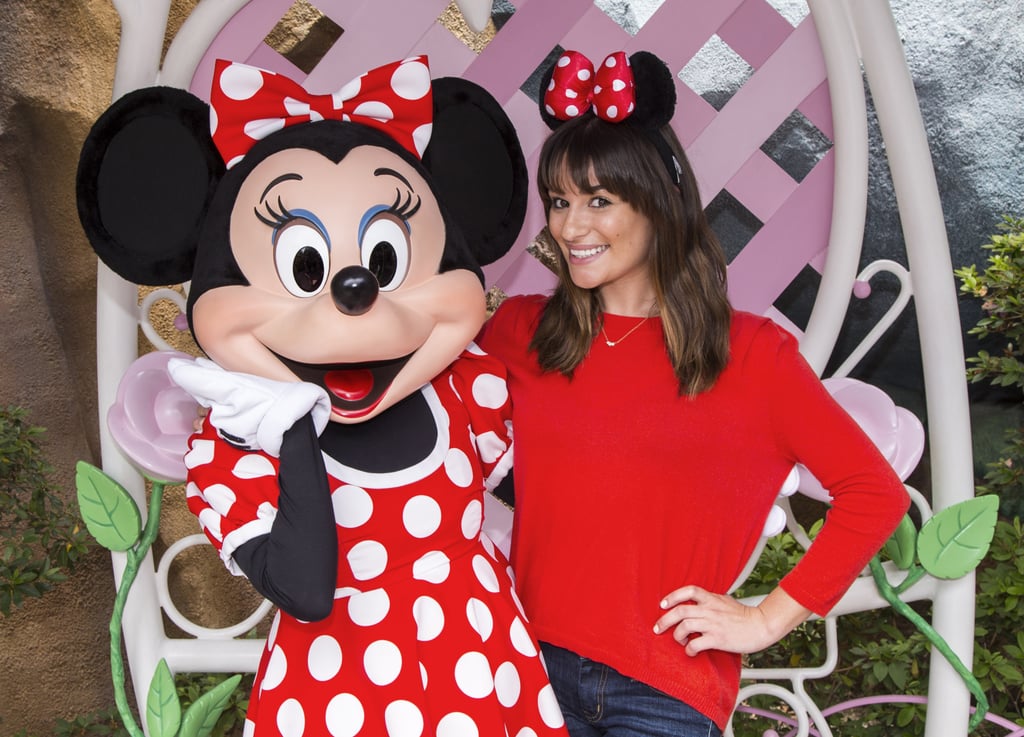 Lea Michele Has a Sweet Day at Disneyland With Matthew Paetz — and Minnie Mouse!

Lea Michele rang in a special day at Disneyland in Anaheim, CA, last week. The former Glee star celebrated the 30th birthday of her boyfriend, model Matthew Paetz, with another couple at the theme park and shared photos of the fun on Instagram; she was also snapped spending time with Minnie Mouse at her home in Toontown. After their day at the happiest place on earth, Lea took time to give Matthew a special shout-out via social media. She posted an adorable snap of the two with the heartfelt caption, "Matthew, thank you for bringing such happiness into my life. For making me smile again and bringing such a bright joy into my every day... Thank you for loving me and my family... And of course Sheila too.. May this be the happiest Birthday ever!"

Lea and Matthew have been dating since last Summer and recently commemorated their first anniversary. Just last week, Lea shared a moving message in honour of what would have been Cory Monteith's 33rd birthday; the two dated for roughly three years before the actor's tragic passing in 2013. Keep reading to see Lea's day at Disneyland and sweet message to Matthew Paetz.