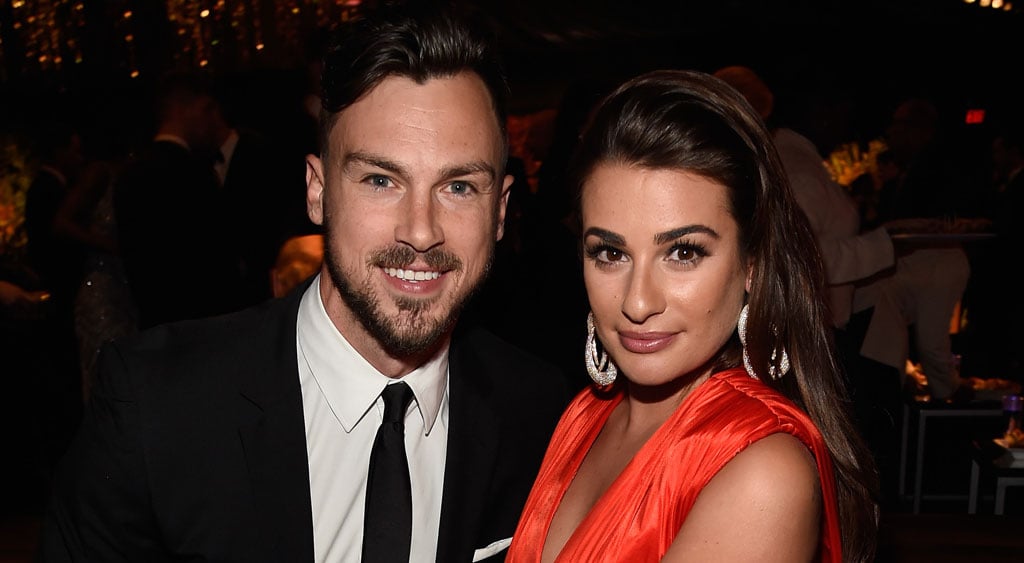 When Cory Monteith tragically passed away in July 2013, his Glee costar and longtime girlfriend, Lea Michele, was devastated. But now, more than two and a half years later, the actress has moved on and is in a happy relationship with Matthew Paetz, whom she met on the set of her music video for "On My Way" in 2014. Lea recently opened up about Matthew's unwavering support when speaking with Fempire podcast hosts Becca Tobin, Keltie Knight, and Jac Vanek. "At the end of the day, this industry is really tough, and the only way to get through is to create a solid unit, and that's really what we've been since day one," she said. "We've stood by each other through anything that was thrown our way. [Matt] is a such a great man that he would never really let anything like that ever crack our lovely little core that we've created."

In addition to building a strong future together, Lea reveals that Matthew is also there for her when it comes to her past and the sadness she felt when Cory died. "He is very respectful towards the person that I was with, and that, again, is something I love so much about him," she continued. "I really know that Cory would love him too." Check out the sweet way Lea honoured Cory when Glee ended, then look back at his life in pictures.