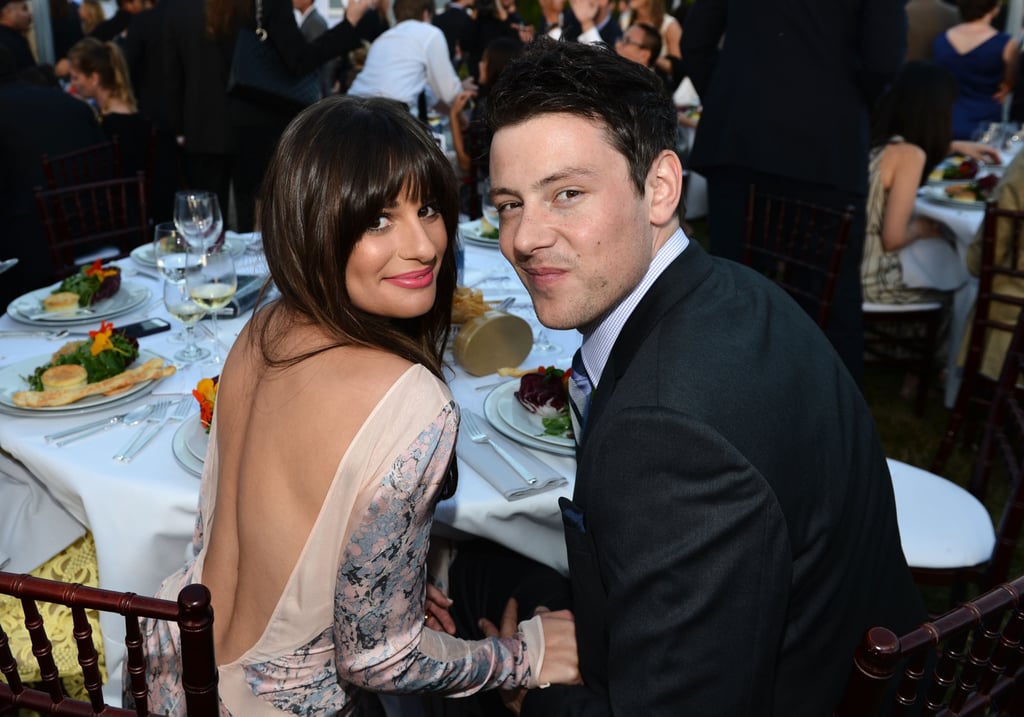 Lea Michele has amassed quite the collection of tiny tattoos, with everything from musical notes from Queen's "Bohemian Rhapsody" on her shoulder to a gold star on her wrist as a subtle nod to her years playing the role of Glee's HBIC, Rachel Berry. The Scream Queens actress added a few more on Monday night when she comissioned NYC'S Prospect Tattoos to give her two sweet representations of her late grandmother and her late boyfriend, Glee costar Cory Monteith. "I lost my beautiful grandma this week . . . She wasn't your typical grandma," Lea captioned an Instagram photo showing off the itty-bitty coffee cup she got inked on the inside of her finger. "She gave me my first cup of coffee when I was 8 years old. She said something inappropriate to every boyfriend I've ever had. She never made pie or knit me a sweater. But she was my grandma and I loved her . . . More than anything . . . I love you Grandma."

In addition to the coffee cup, Lea also got a subtle and simple number five on her side in honour of Cory's Glee character, quarterback Finn Hudson. "And one more . . . for my Quarterback . . . #5," she wrote. The couple had been dating for almost two years until Cory's tragic death in July 2013. See the photos here, and then check out Lea's latest stunning red carpet appearance.